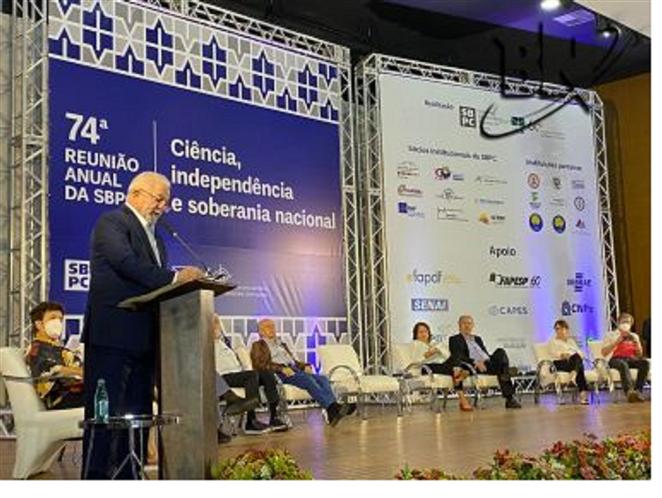 He pointed out that, if he wins the elections in October, “we will revitalize the Council of Science and Technology and involve scientific societies in a great discussion about national problems and their solutions.”

The candidate from the Workers’ Party (PT) also gave his word to hold the 5th National Conference on Science, Technology and Innovation, with the participation of scientists, businessmen, workers, government agents, young people and “Brazilian society as a whole.”

He insisted that they will work to expand and improve the quality of education at all levels, “from basic education to post-graduation, passing through an Emergency Program of Educational Inclusion and Reintegration for young people without school in the different educational grades, paying special attention to the universalization of digital inclusion.”

In his speech, Lula explained that “a national project capable of facing the challenges of the present time, towards the future, cannot renounce some fundamental commitments: democracy, economic, educational, scientific and technological development, social inclusion, reduction of regional asymmetries and cultural plurality.”

He explained that national sovereignty and the defense of the environment must walk together and oriented towards the expansion of citizenship, work and income.

On Friday, according to Lula’s agenda in the Federal District, the former president, who is the favorite candidate in all opinion polls for the next election, will attend the national convention of the Brazilian Socialist Party, in a hotel in the capital.

End of legislature and electoral preparations in Angola

End of legislature and electoral preparations in Angola