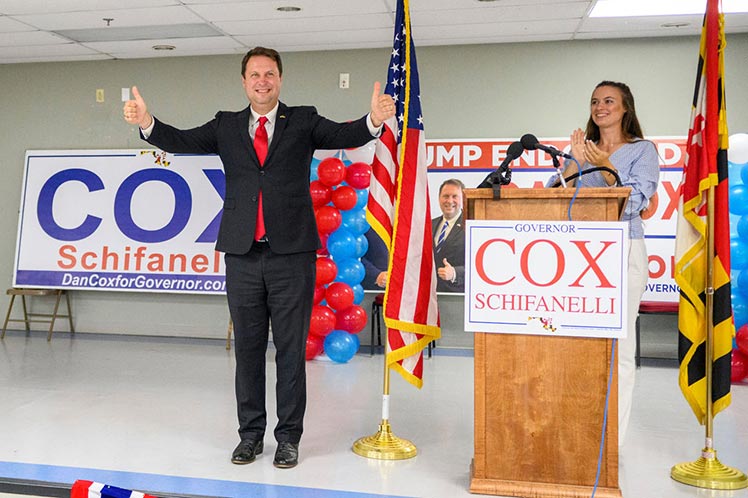 Washington, Jul 31 (Prensa Latina) The confrontation between candidates in favor and against former President, Donald Trump (2017-2021), characterizes Republican primaries, which are being held in the United States prior to midterm elections scheduled for next November 8.

Observers say that recent results in some states provide strong evidence of the influence within the Republican Party of the former president, who continues to contaminate the electoral cycle with his fraud theories.

Last July 19, extreme right-wing lawmaker, Dan Cox, who has the billionaire’s support, won the primaries for governor in Maryland, thus getting over Kelly Schulz, former Secretary of Commerce and supported by the current official who holds that local position, Larry Hogan, a former head of state’s critic.

Something stands out there, Democratic voters outnumber Republicans by almost two to one in the state, but the red party has held the post for 12 of the last 20 years, suggesting a very competitive race this time.

U.S. media outlets reported that Cox, besides helping and organizing the buses that carried Trump’s supporters to the rally on January 6, 2021, prior to the attack on Capitol Hill, also called then Vice President, Mike Pence, a traitor for refusing to undo election results and certify the victory of Democrat, Joe Biden, in 2020.

Likewise, candidates that make up the former head of the White House’s court are making their way in other states, and the Republican is confirming that, despite leaving Washington in distress after launching a campaign of lies designed to overturn the defeat, which evolved into a riot, he would not hesitate to do it again, analysts say.

The former president returned to the city on July 26 for the first time in 18 months, days after the panel hearings investigating the assault on Congress had wound up, with the added possible crusade heating up for the White House in 2024.

However, for Aquilino Gonell, a Capitol Police officer who was wounded during the insurrection, Trump should never again be anywhere near the White House or in any government position.

In an article of his published by The New York Times, he regretted that five of his fellow law enforcement officers were killed, and more than 850 rioters were arrested. “So many families were destroyed by one man’s lust for power,” he concluded.

On the other hand, The Wall Street Journal and New York Post editorial pages criticized the former president for refusing to stop his supporters as they rushed to the Capitol.

“The Justice Department,” the latter said, “is the one that will decide whether this is a crime. But as a matter of principle, and of character, Trump has proven himself unworthy of ever being the president of this country again.”