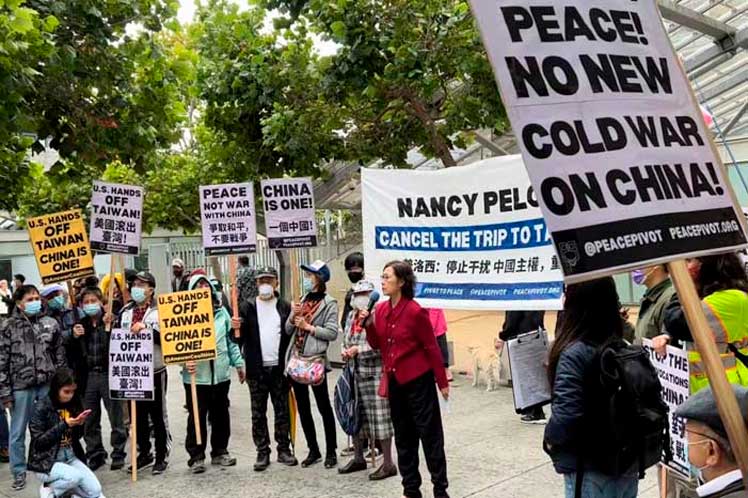 In her opening words, Pelosi said her official visit to Taiwan “honors the firm US commitment to support Taiwan´s vigorous democracy”, while stressing that “it contradicts no US policy at all”.

Beijing, on the other hand, immediately sent statements from various governments which strongly condemned Pelosi´s visit, stressed the negative impact on two-way relations as well as reaffirmed their call to reintegrate Taiwan once and for all.

Such a stance resulted in the declaration of a China´s high alert as well as the announcement of military operations towards specific targets during the rest of the week, as a countermeasure to a violation of China´s national sovereignty and territorial integrity.

Meanwhile, the People’s Liberation Army has already started air-sea maneuvers in the north, southwest and southeast of Taiwan that involve long-range heavy artillery and missile launches since Tuesday night.

China thus complies with its warnings issued nearly daily since last month and made it clear to the United States that it will not tolerate further provocations or make concessions on Taiwan´s issue.

Pelosi has been the highest-ranking official traveling to Taiwan since 1997, and for Beijing, her stay there means raising the level of official exchanges with an inalienable part of the country.

Local observers agreed the government will solve the issue with the reunification of Taiwan, although it has always sought to do so peacefully and now the context could lead to a military incursion.

According to the China Daily newspaper, Pelosi´s potential visit to Taiwan has just opened Pandora’s Box, since days of uncertainty are in sight and China is increasingly determined and has much more power than ever to win one of its great causes as nation.

China is also prepared to deal with the diplomatic offensive and, according to specialists, it is considering withdrawing its ambassador in Washington, implementing sanctions to those visiting Taiwan, and forecasting a devastating impact on peace and regional economy.

The United States’ insistence on playing the Taiwan card is a fatal move and will only add more fuel to the world which has still not recovered from the Covid-19 pandemic and is suffering from the Russia-Ukraine conflict´s impacts, experts claimed.

China thinks the White House should simply stop supporting and being in league with secessionist forces, but it should also focus on mutual respect, peaceful coexistence, non-confrontation, and win-win cooperation.