Taiwan, a new US conflict to keep hegemony 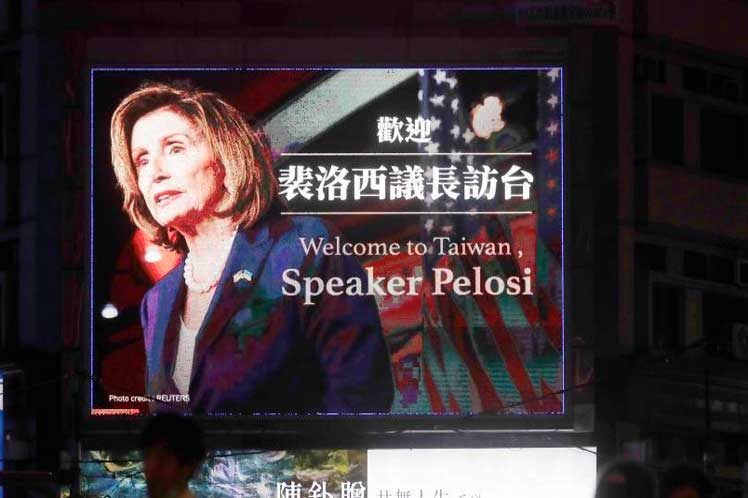 Taiwan, a new US conflict to keep hegemony

Washington, Aug 2 (Prensa Latina) The Speaker of the US House of Representatives Nancy Pelosi´s potential visit to Taiwan will trigger the chance of an unnecessary US-China military war caused by the US hegemonic desires, according to an analysis published on the antiwar.com website, in which they regarded Pelosi's attitude as an act of arrogance that puts a large number of lives at risk to make an infuriating move on the global geopolitical chessboard.
Share on facebook
Share on twitter
Share on whatsapp
Share on telegram
Share on email

The author of the text, Norman Solomon, described the President Joe Biden administration´s response as bashful to Pelosi´s call to make a stopover in Taiwan as part of her official tour across Asia in spite of China´s warnings “not to cross the red line.

Biden could have gone out of his way to rule out Pelosi´s visit to Taiwan, but he did not, even as advisers and high-ranking officials opposed such a trip, said Solomon, journalist and coordinator for the Roots Action Organization.

In his opinion, the consequences, far from being only economic and diplomatic, may be existential for all humanity because escalation to a military conflict is too real.

Now Pelosi´s visit to Taiwan has materialized, the US government is trying to step back from such a decision.

Nancy Pelosi makes her own decisions regarding her visit to Taiwan, with no coordination with the White House, the US State Secretary Antony Blinken stressed during a press conference at the UN headquarters in New York.

Blinken pointed out that Pelosi is free to make her own decisions and considered that escalating the situation would be China´s sole responsibility.

Hua Chunying, a spokesperson for China´s Foreign Ministry, asserted that Pelosi is the third highest-ranking official in the US government, therefore it is in no way an unofficial act visiting Taiwan in an American military plane.

A comment published on Monday in The New York Times stated that nothing good would come from Pelosi’s stay in Taiwan and termed her action as “utterly reckless, dangerous and irresponsible.”

Taiwan will not be safer or more prosperous as a result of this purely symbolic visit, and many bad things can happen, including a Chinese military response that could lead Washington to indirect conflict with both Russia and China, both nuclear powers, the Times warned.