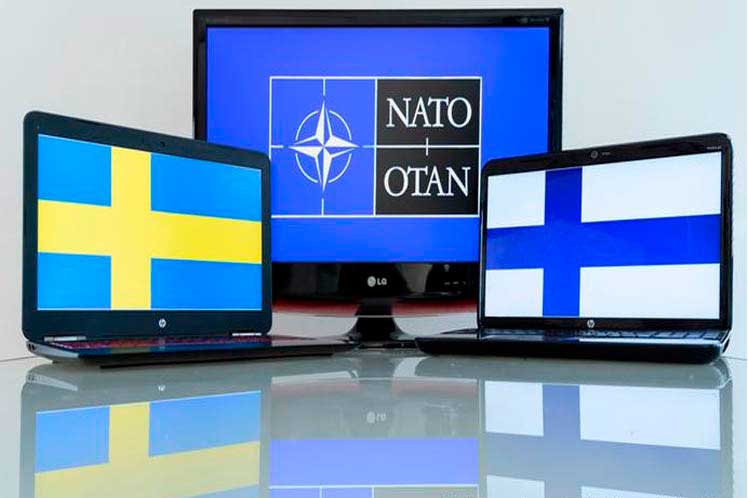 For the representative of the far-right party National Rally, Laurent Jacobelli, the decision constitutes a challenge to Russia, and described the North Atlantic Treaty Organization as a “showcase of the US military-industrial complex.”

For his part, deputy Aurélien Saintoul, of the left-wing force La France Insoumise (LFI), considered accession a dangerous process and an overlapping of NATO and the European Union.

LFI voted on Tuesday in the Assembly against the entry of Finland and Sweden into the bloc, which has been involved in conflicts and aggression in countries such as Syria, Iraq, Libya, Afghanistan and the former Yugoslavia.

Helsinki and Stockholm used the military operation launched in February by Russia against Ukraine to justify their departure from neutrality status.

The French National Assembly approved the accession by 209 votes in favor and 46 against, with the support of the official, conservative, socialist and environmentalist benches, thus becoming the twentieth parliament to do so, out of 30 that must give the go-ahead to the admission request.

The French government, in the voice of its Foreign Minister, Catherine Colonna, celebrated the Assembly’s decision and the “historic and major” step taken by Finland and Sweden, and reiterated the accusations against Russia of alleged crimes in Ukraine. According to Colonna, NATO represents “collective defense, and in no case is it offensive.”

At least 25 arrests in France for forest fires

At least 25 arrests in France for forest fires