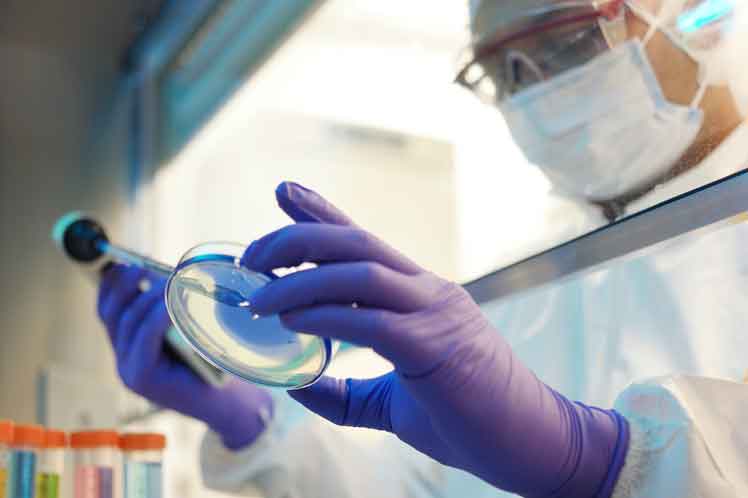 “In the Pharmbiotest medical center laboratory, documents were found which confirmed that in Ukraine trials were carried out for Big Pharma, as big pharmaceutical companies are called, where unregistered local drugs with possible dangerous after-effects were tested on the population”, the military entity detailed.

In statements to the press, the head of the Russian forces of radioactive, chemical and biological protection of the Defense entity, Igor Kirilov, said that the mentioned medical center is located in Rubezhnoe, in the west of the self-proclaimed Lugansk People’s Republic, from which the Kiev troops were expelled several weeks ago.

In this regard, the military official detailed that the experts inspected the facility and found evidence that U.S. and European pharmaceutical companies frequently visited this place.

He revealed these companies’ experts had access to all stages of the clinical trials and conveniently even documents were translated into English.

Payment to volunteers was minimal and there was no serious supervision and control by the Ukrainian authorities,” Kirilov said.

Kirilov added that the companies tested their drugs on Ukrainian servicemen and low-income people, as well as on patients in psychiatric wards, one of the most vulnerable sectors of the population.

He also argued that as part of the investigation, large amounts of opioids and other psychotropic substances were found in those left by Ukrainian troops in Donetsk and Lugansk.

“The effects of those substances causing drug dependence is, first of all, extreme aggressiveness, which explains the great cruelty of some Ukrainian military towards the civilian population, as well as the shelling of the cities of the Donbass region,” the military chief expressed.