Israel began mobilization of its forces after attacking Gaza 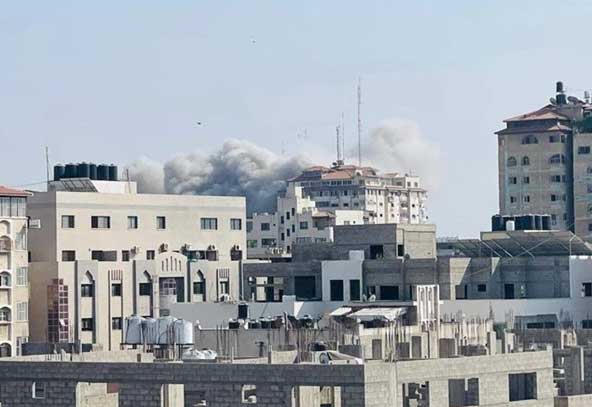 Israel began mobilization of its forces after attacking Gaza

Major local media reported that several batteries of the Iron Dome anti-missile system were put on high alert for a possible Palestinian rocket round from the coastal enclave.

We are recruiting reservists specifically for the Home Front Command and the Air Force, a Defense Forces (IDF) official told the Ynet news portal.

Two brigades, including Golani, are preparing for the possibility of expanding the operation, he added.

IDF spokesmen reported the deaths of 15 Islamic Jihad militiamen during the incursions into the territory, but the Gaza Health Ministry has so far reported only eight fatalities, including a five-year-old girl.

For its part, Islamic Jihad confirmed in a statement that among the dead is Tayseer Al-Jabari, head in the northern region of the enclave of the Al Quds Brigades, the armed wing of the group.

According to the Maan news agency, Salama Abed, also a militia commander, was killed in the raid.

In response the group’s secretary general, Ziad al-Nakhala, announced the resumption of hostilities against Israel.

“The enemy should expect fighting and not truce,” he warned, in an interview with the Arab television station Al Mayadeen.

It is so far unknown whether the Islamic Resistance Movement (Hamas), by far the largest force in the coastal enclave, will join the fighting.

However, Hamas spokesman Fawzi Barhoum hinted at the possibility after stating that “the enemy initiated the escalation and now they must pay the price and take full responsibility for it”.

The Israeli police also reported that it will mobilize 10 reserve companies in the midst of the escalation. Meanwhile, air traffic in and out of Israel was diverted away from the Strip.