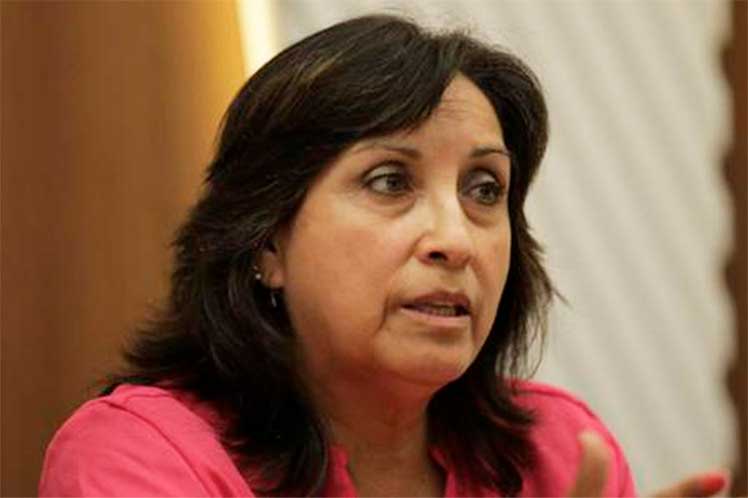 The measure aims to easily remove Castillo from office by disqualifying him for five years from exercising public functions, after two attempts failed to vacate (remove) the president, for not reaching the required number of votes.

According to Boluarte, “it would be a scandal for a president to be dismissed by a report that has no constitutional or legal basis”.

Boluarte is also subject to a judicial disqualification procedure for an administrative infraction as Minister of Social Inclusion, so that she does not assume the presidency in the event that Castillo is removed, in such a way that the opposition in Congress chooses a new head among its members.

“It is an insult to democracy,” Labor Minister Alejandro Salas, who demanded the withdrawal of the report that incriminates the president, declared in turn about the report.

For the head of Foreign Trade, Roberto Sánchez, the attempt to disqualify Castillo is “an attack against the rule of law that seeks to vacate the president elected by all Peruvians, based on journalistic statements.”

He thus referred to the alleged evidence of treason against the country, a statement in which, when asked about granting an outlet to the sea for Bolivia, the president replied he would have to consult the people.

That statement, which, according to the complainants, could put Peru’s territorial integrity at risk, “does not generate any obligation for the State, much less constitute a crime, or a constitutional violation,” Sánchez said.

Congresswoman Kelly Portolatino, of the Free Peru Party (PPL), an ally of the government, commented the report confirms that “the coup is in all its splendor” and is a sign of the desperation to get Castillo out of the Government Palace.

It is an “openly mediocre and coup-oriented” report, declared progressive legislator Ruth Luque, adding that it is a maneuver by the opposition “to assume power through the false door.”

She added that the statements used to accuse Castillo of treason against the country do not prove the aforementioned crime, because “absolutely nothing has materialized.”