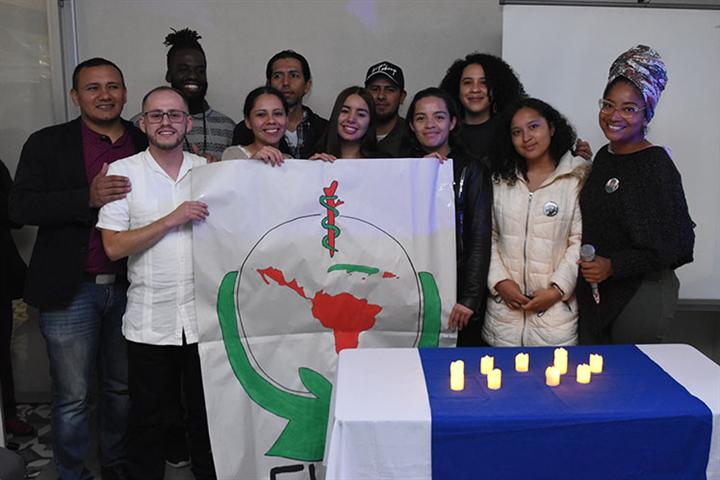 During the second meeting of the academic-cultural week “Fidel entre Nosotros” (Fidel among Us), held on Wednesday, participants expressed their gratitude to the historic leader of the Cuban Revolution, Fidel Castro, for the creation of this emblematic center where many young people across the world can comply with their dream of becoming doctors.

The meeting is part of several activities to celebrate Fidel Castro’s 96th birthday, in which the chair that bears his name organized it, with the collaboration of solidarity groups and individuals.

Rubén Gómez, a young former combatant of the extinct Revolutionary Armed Forces of Colombia, who is now studying at ELAM, highlighted Cuba’s concrete contributions to peace, which are particularly reflected in the possibility that humble Colombians can have access to medical scholarships.

Other young people, on vacation in Colombia, told how Cuba prepared to fight Covid-19, from neighborhoods to medical and scientific institutions, and how they participated in the research works along with the rest of the medical students and the community.

Finally, those attending the meeting lit candles to Fidel Castro and while doing so, they expressed the reasons that inspired them.