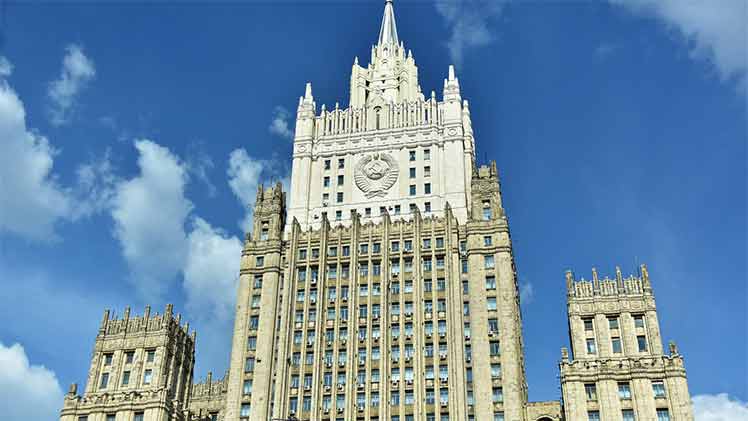 “We call on Kiev and its sponsors not to interfere with the important and responsible work of the IAEA”, Russian Foreign Ministry spokeswoman Maria Zajárova said in a statement published by the Sputnik agency.

The diplomat stated that Moscow is alert to the attempts of the Ukrainian emissary to dictate the terms of the future mission of the international organization.

Zakharova added this is the time if abroad and in European capitals are really interested in the mission being carried out, they must put the government of President Vladimir Zelensky in its place.

On the other hand, the representative of the Foreign Ministry added the position of the Secretary General of the United Nations, António Guterres, “continues to raise questions”, since he has not contacted the Ukrainian leaders in this regard, “which gives to understand that he cannot or does not want to recognize reality,” he said.

In that sense, she recalled that an IAEA international mission almost coordinated and prepared in all aspects was suspended at the beginning of the summer due to obstruction by the UN Secretariat.

In this regard, the diplomat emphasized “there is no certainty that this will not happen again” when Russia once again prepares the trip of the group led by the head of the IAEA, Rafael Grossi, to the Zaporozhie nuclear power plant.

Russia and Ukraine accuse each other of bombing the atomic plant located in the city of Energodar, which came under control by Russian troops last March as part of their special military operation on Ukrainian territory.

On August 5, an attack perpetrated on the nuclear facility by the Kiev Army caused a fire in a hydrogen conductor, as a result the electricity supply to part of the equipment of reactor three was cut off and the generation capacity of the reactor was reduced. four.

The day before, Ukrainian troops bombed the plant again without damaging its maximum security areas, according to the authorities of the region.

Previously, the director general of the IAEA expressed his concern about the aggression, while stressing that the military actions in the area of ​​the Zaporizhzhia plant, the largest in Europe, entail “a very real danger of nuclear catastrophe.”