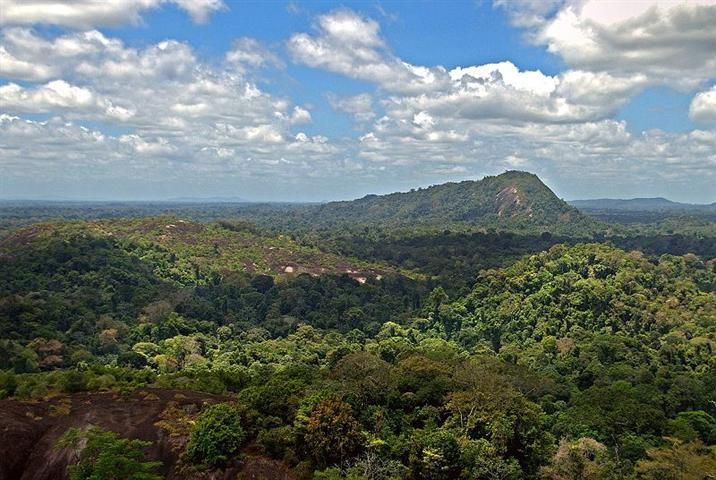 Previously known as Dutch Guyana, that territory borders to the Atlantic Ocean to the North, the French Guyana to the East, Brazil to the South and Guyana to the West.

Its geography is made up of a swampy plain coast that stretches 80 kilometers to the Atlantic Ocean. It also has a central plateau covered by vast grasslands, dunes and forests, and to the south, a mountainous region with dense forests.

Collectively known, together with Guyana and the French Guyana, as the planet’s greenhouse, the nation has hundreds of stays with jungle lodgings, to delight the traveler with unimaginable passages of mystery.

In these adventures, one can interact with the local dwellers, who tell their daily lives so naturally, as if hunting caimans or living amid snakes and jungle felines was something simple and usual.

Suriname’s fauna is made up by a brutal diversity: the jaguar, the giant armadillo, the tapir, the sloth bear, the giant otter, eight types of apes, caimans and arboreal snakes can be found. In addition to 400 species of birds, including the harpy eagle, the scarlet macaw and the Guianan Cock-of-the-rock.

Given this diversity, the Nature Protection Law and the Hunting Law, both since1954, are important for the protection of nature in that South American nation.

The first one regulates the establishment and management of natural reserves and some protected areas; and the second one stipulates, in the smallest detail, which species of wild animals can be hunted and during which period.

Suriname has 11 natural reserves, destined to the protection and conservation of biodiversity, and its capital Paramaribo, was declared World Heritage Site by UNESCO in 2002.

Venezuela to continue strengthening cooperation with the Caribbean

Venezuela to continue strengthening cooperation with the Caribbean