IAEA visit to nuclear plant will say who attacked the facility 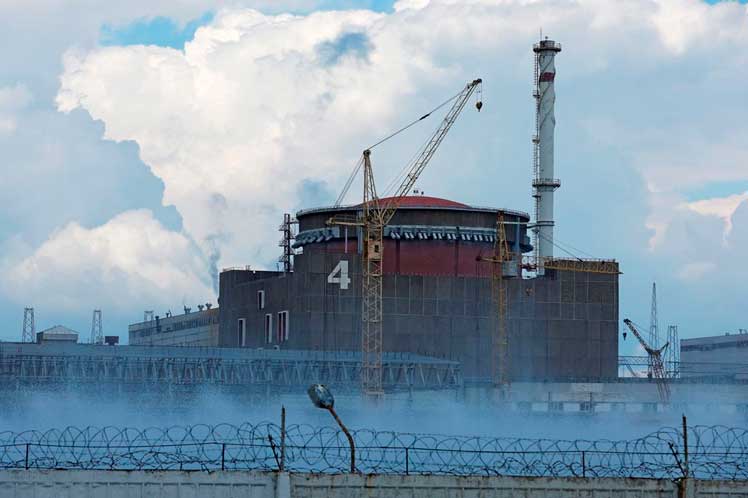 IAEA visit to nuclear plant will say who attacked the facility

“The agency refrains from naming the culprits, also due to the fact that the International Atomic Energy Agency (IAEA) does not have representatives in Zaporozhie. Perhaps something will change for the better during the mission, because the organization’s experts and their managers they will be able to see what is really happening,” the diplomat explained in an interview with TASS.

Ulyanov specified that the Russian side provides the Secretariat of the entity and member states with information on the situation at the plant and “dangerous and alarming moments” that occur there as a result of the actions of the Ukrainian side.

In this sense, he gave as an example that the atomic facility was attacked by kamikaze drones in July and with rockets and heavy artillery in August. “We send all this information to the IAEA. Our information is taken into account in the agency’s work, including in its informational messages,” he added. Likewise, the representative of Russia pointed out that the tone of the statements made by the IAEA Director General, Rafael Grossi, “has become alarmist” in the context of recent events.

“Grossi regularly insists that attacks on the plant can cause serious emergency situations,” he stressed.

At another point in the statements, the Russian diplomat added that to date the Department of Security of the United Nations Secretariat could not explain clearly why it blocked at the last moment the visit of the IAEA delegation to the Zaporozhie nuclear power plant scheduled for June.

On June 3, the Russian side and the agency’s leadership agreed on the route and schedule of the agency’s international mission to the atomic plant, which would be headed by its top manager, however, the action was interrupted by the UN, without explanation.

Since the beginning of August, the Ukrainian Armed Forces have carried out several attacks on the Zaporozhye nuclear power plant, located in the city of Energodar, the largest in Europe.

Since 1996, the facility has been an independent division of the Ukrainian-controlled national nuclear power generation company Energoatom. In March 2022, after the start of Moscow’s military operation on Ukrainian territory, all areas of the plant are controlled by Russian forces.