Military reinforcement in areas of Mexico due to unusual violence 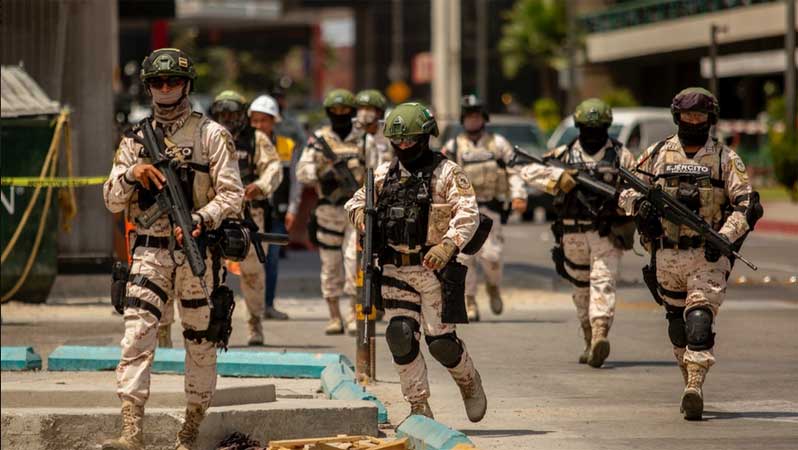 Military reinforcement in areas of Mexico due to unusual violence

The states most affected by criminal actions are Baja California, Chihuahua, Colima, Guanajuato, Jalisco, Michoacán, Sinaloa, Sonora, Tamaulipas and Guerrero, in the south, is also in the list.

This Sunday, 350 troops of the Army and the National Guard (GN) arrived in Tijuana, Baja California, to reinforce security in that border municipality, one day after the burning of 28 public transport units in four municipalities.

The contingent was deployed in shopping malls and high-traffic avenues, for the safety of the population. Authorities said that, also for security, they will use the helicopter, where the new elements were transported.

Yesterday, Saturday, the mobility of citizens was restricted, as many lines of urban public transport stopped and those that worked did so only until noon, in Mexicali and Tijuana.

Also most businesses, maquiladoras and institutions were closed as a precautionary measure, so the cities woke up semi-deserted this Sunday.

Grupo Caliente announced the preventive closure of casinos in the entity, as well as Calimax in its market chain.

Activity on roads was reduced due to the risk of more violent acts. People are afraid to go out on the street and shared testimonies on social networks.

The Confederation of National Chambers of Commerce, Services and Tourism called on the three levels of government to strengthen the rule of law, since the violent events of these days “seriously deteriorate the confidence of citizens and tourists.”

The Archbishop of Tijuana, Francisco Moreno Barrón, spoke out against the violent events in Baja California.

“I disapprove of this painful scenario that harms the entire society, which suffers the consequences of problems that must find other ways of being solved, never violence.”

And he exhorted citizens to “remain calm, inform themselves in official or reliable media, avoid false or alarmist messages and weave networks of true information and social support.”