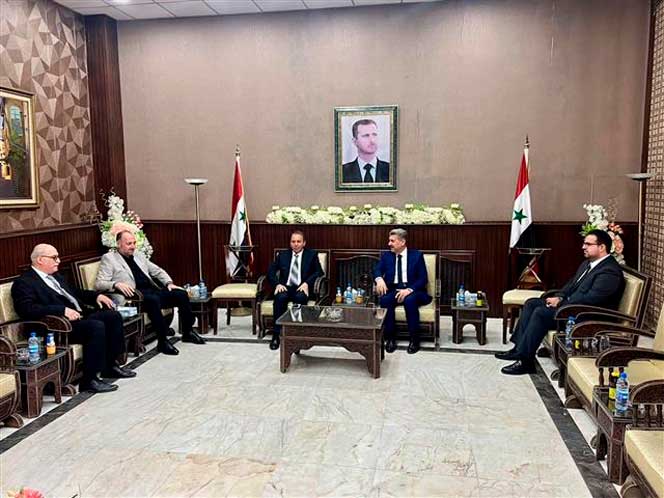 Makhlouf made statements to the press after a meeting and revealed a plan presented by the Lebanese side to return some 15,000 displaced Syrians currently residing in neighboring Lebanon.

In his words, the parties agreed on the need for the repatriation of all the displaced and not just 15,000 per month.

The Minister reiterated that Damascus prioritized creating conditions for their return and is working to rehabilitate the infrastructure in the areas liberated by the Syrian Arab Army.

Among other measures, amnesty decrees were issued and procedures were approved to facilitate and simplify procedures in border areas, in addition to ensuring basic transportation services, humanitarian aid, medicine and education, the minister clarified.

He revealed that these actions contributed to the return of four million persons displaced within Syria itself and one million refugees from abroad, and urged United Nations agencies to become more involved in this task.

The Syrian State is willing to receive all those who wish to return with the commitment to provide them with help, services, accommodation, medical care, education, among others, Sharaf El-Din said. 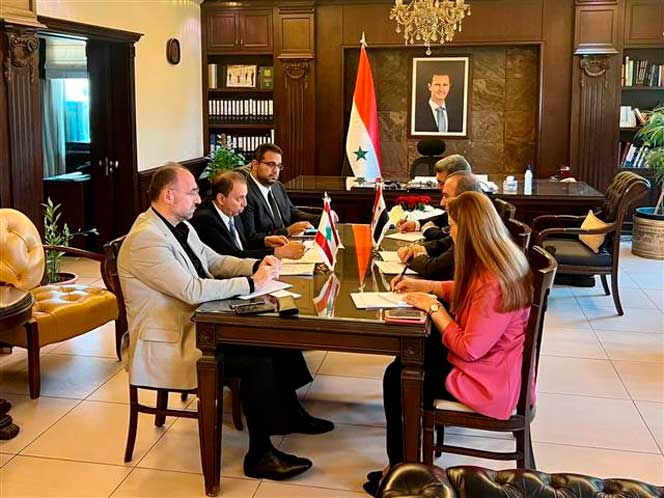 The United Nations estimates that there are 865,000 Syrians living as refugees in Lebanon, a figure that the Lebanese government raised to 1.5 million. According to the United Nations High Commissioner for Refugees (UNHCR), Lebanon, currently immersed in a political-social and economic crisis, is the country with the highest proportion of refugees compared to its own population (4.5 million).

Syria rehabilitates its only remaining zoo from the war

Syria rehabilitates its only remaining zoo from the war