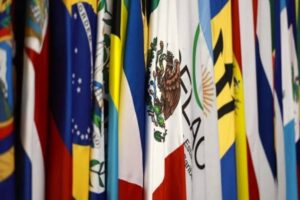 According to a press release from the Ministry of Foreign Affairs, the first event will begin at 10:00, local time, at the San Martin Palace and will be chaired by Foreign Minister Santiago Cafiero.

At the meeting, the Argentine coordinator, Gustavo Martínez, will present a report on the activities carried out this year by the temporary presidency of that organization, held by this country.

Likewise, the representatives of the 33 CELAC member nations will discuss the institutional strengthening of the only integration mechanism that brings together all the States of Latin America and the Caribbean without exclusions, according to the text.

On the same day, at 15:00, local time, the seminar Latin America and the Caribbean, the future of integration: unity in diversity will take place at the Kirchner Cultural Center, with the participation of Latin American and Caribbean leaders, personalities and leaders of the area.

According to the Ministry of Foreign Affairs, the seminar seeks to generate a space for high-level debate on present and future opportunities and challenges, and the impact of the current global scenario on the development model.

It will include panels on diversity and consensus, economics and politics in an international system in crisis, and the role of multilateral organizations, civil society and academia in integration.

The day will conclude with a dialogue among leaders on the future of Latin America and the Caribbean, led by Fernández.

Bolivian workers in emergency for meeting in Santa Cruz

Meeting of Cubans in Mexico under slogan against US blockade

Bolivian workers in emergency for meeting in Santa Cruz

Meeting of Cubans in Mexico under slogan against US blockade