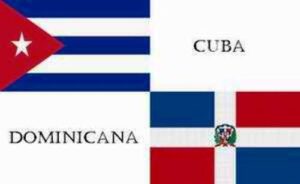 In a communication to which Prensa Latina had access, the Association of Cuban residents acknowledged that the humanitarian gesture comes to Cuba at a time of great economic limitations, aggravated by the more than 243 measures of the economic, financial and commercial blockade imposed by the United States.

“Without forgetting, the negative impact of Covid-19, and the complexities of the international context,” they added.

They further expressed how the sons and daughters of José Martí’s homeland, residents of the land where General Máximo Gómez was born, recognize with high esteem the Dominican government, as well as the Dominican Solidarity Campaign and various organizations which have always been in solidarity with the Cuban people.

We deeply feel the pain of the families and friends of the deceased, the document said, and we keep faith that, as reiterated by President Miguel Díaz-Canel, the injured and victims affected by the fire will recover.

Finally, the signatories noted that the aforementioned donation, consisting of 32 tons of food and four tons of medical supplies and medicines, was made “following the instructions of President Luis Abinader, coordinated by the Dominican Embassy in Cuba”.

And thanks to the joint work of the Ministry of Foreign Affairs and the Vice-Presidency, together with the support of the Ministry of Agriculture, the Dominican Air Force, the Essential Medicines Program and Central Logistical Support and Sky Cana.