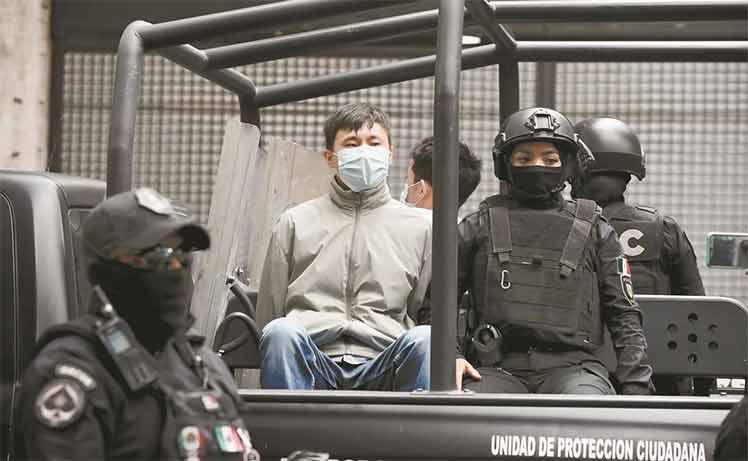 The Attorney General’s Office reported that more than 300 cell phones and almost one thousand chips for such devices were seized, as well as laptops and a passport which, together with the detainees, were handed over to the Public Prosecutor’s Office.

The social representative of the Central Strategic Investigation Prosecutor’s Office will be in charge of integrating the investigation file for the alleged participation of these individuals in the commission of the crime of illegitimate collections, which they carried out through 23 applications that they promoted on social networks.

In them, they offered loans to users and then, in a threatening manner and under risk to the security of individuals, they demanded unpayable and out-of-standard interest rates that went as far as extortion and the exposure of debtors’ data to their own contacts.

The Head of Government of Mexico City, Claudia Sheinbaum, highlighted that the main victims of extortion through these applications are women.

Satisfaction in Mexico for film’s participation in Cannes Shortfilm

Cuba: Solidarity of Mexico – Venezuela in the face of hurricane damage

Satisfaction in Mexico for film’s participation in Cannes Shortfilm

Cuba: Solidarity of Mexico – Venezuela in the face of hurricane damage