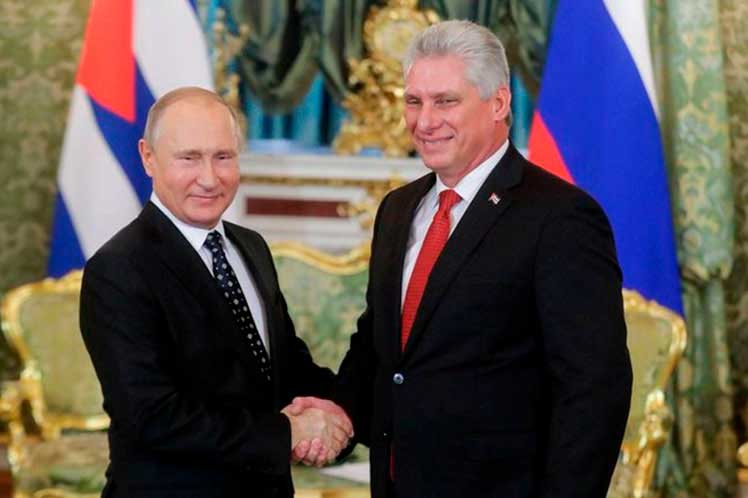 “In the most complicated moments experienced by (Cuba) in recent times, it has always had the support of the Russian Government and people, a nation that plays a fundamental role in the realization of important development projects for our country in strategic sectors, such as energy, transportation, tourism or biotechnology,” the diplomat told the Izvestia news outlet.

Garmendía recalled that during the last telephone conversation last January, between the Cuban president, Miguel Díaz-Canel, and his Russian counterpart, Vladimir Putin, they reaffirmed the close ties between the two countries.

The leaders also spoke out against the policy of sanctions and economic, commercial and financial blockades that endanger the security and stability of international relations.

The ambassador said that, despite the energy crisis in the world, Russia actively participates as a strategic partner, in prioritized projects for the development of Cuba, and specified that according to the Economic and Social Development Plan until 2030 in various Cuban sectors, including energy, the bilateral agenda consolidates exchanges and contacts for the advancement of joint actions, as is the case of the project of Zarubezhneft aimed at increasing extraction in the Boca de Jaruco deposit, in the northwest of Cuba.

Garmendía also mentioned that work is being done on the construction of four 200-megawatt thermoelectric blocks, three at the Ernesto Guevara thermoelectric plant in Santa Cruz del Norte and one at the Máximo Gómez plant in the port of Mariel as part of the Russian-Cuban cooperation.

The ambassador added that Russia was consolidated in 2021 as one of Cuba’s main trading partners, rising to fifth position worldwide and second in Europe, backed by a 93 percent increase in trade compared to 2020.

“There is interest in Russia continuing to actively participate in our National Plan for Economic and Social Development until 2030 and promoting joint projects compatible with the Economic-Social Strategy to boost the economy and confront the world crisis caused by Covid-19,” Garmendía stressed.