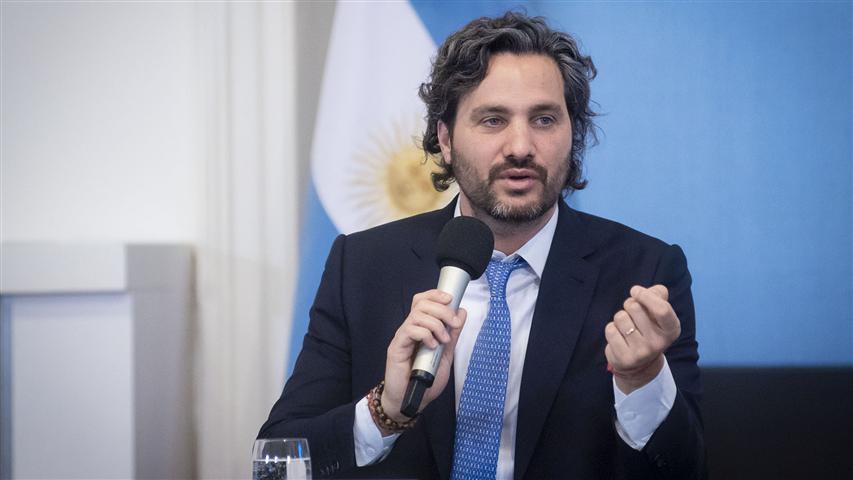 Buenos Aires, Aug 26 (Prensa Latina) The Argentine Foreign Minister, Santiago Cafiero, denounced today that the judicial persecution against the Vice President, Cristina Fernández, is driven by countries such as the United States.

Through his profile on the social network Twitter, the foreign minister published statements by U.S. Senator Ted Cruz and Eduardo Bolsonaro, politician and son of the Brazilian president (Jair Borlsonaro), both lashed out against the former head of state.

‘One more ignorant than the other, but there is something they highlight: the judicial persecution of Fernandez is driven by ideological interests born outside Argentina. Let’s take care of our democracy. Everyone with Cristina’, wrote Cafiero.

In a recent publication, Cruz accused the vice president of ‘convulsing Argentine institutions and undermining U.S. interests in this country and the region’.

He also sent a letter to the US Secretary of State, Anthony Blinken, requesting that sanctions be applied against Fernandez and her family for alleged corruption.

On his part, Bolsonaro’s son shared Cruz’s statements on Twitter and expressed his support to him.

Argentine newspapers, such as Página 12, described the statements of both politicians as ‘open interference in Argentina’s internal affairs, bordering on transgressing the principle of non-intervention that governs international law’.

Members of political parties, unions and social organizations from different regions of this nation continue to mobilize today to support Fernandez in the face of the political, media and judicial persecution against her.

During the last accusatory hearing of the Causa Vialidad, prosecutor Diego Luciani requested a 12-year prison sentence for the also head of the Senate and her perpetual disqualification from holding public office for alleged irregularities in the awarding of 51 works in the province of Santa Cruz from 2003 to 2015.