UK: Lives at risk without more help on energy bills 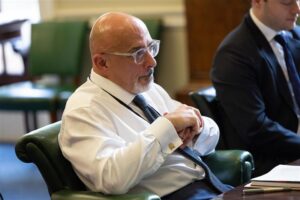 UK: Lives at risk without more help on energy bills

According to Zahawi, not only those already receiving state benefits, but people earning an annual salary of £45,000 (nearly $53,000) may need assistance to cope with the 80% hike in electricity and gas price cap.

I´m concerned about people who are not on benefits, because it´s so hard, even if you are a nurse or an experienced teacher earning £45,000 per year, and your gas and electricity price goes up by 80%, and it will probably rise a bit more again next year, Zahawi told the Daily Telegraph newspaper.

The UK energy regulator, Ofgem, increased to £3,549 (about $4,200) maximum annual cap electricity and gas companies will be able to charge customers from October.

The state agency, which set the price limit at £1,971 ($2,325) in April, ascribed the decision to the constant increased global gas prices, after the lifting of Covid-19 lockdowns and interruptions of Russian supplies due to the Ukraine conflict.

The Chancellor of the Exchequer assured, however, he is planning several options to aid British people face up the cost-of-living crisis, beyond the £400 ($470) already given to low-income households to help them pay their respective energy bills. Among the proposals would be more benefits and a loan scheme to prevent gas and electricity companies from charging consumers, he added, while he did not rule out outright freezing the winter energy bill hike. Zahawi said such a move could also benefit those who can afford to pay the new gas and electricity price.