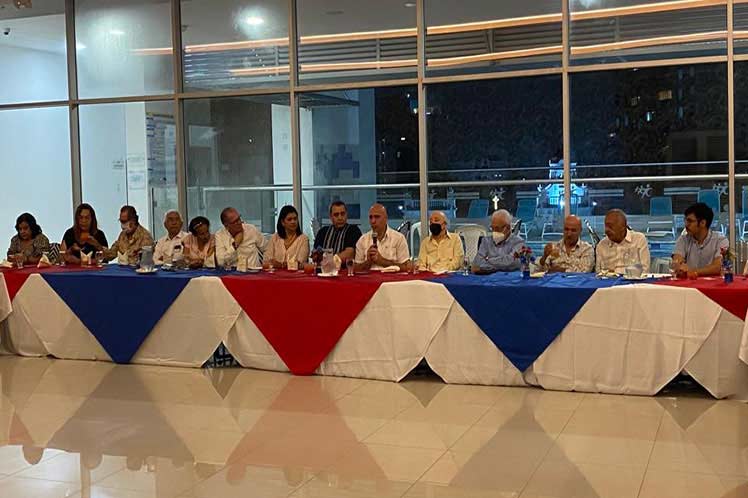 Bogota, Sep 1 (Prensa Latina) Cuban Ambassador to Colombia Javier Caamaño on Thursday visited Barranquilla, where he was welcomed by Mayor in Charge Adalberto Palacios, with whom he spoke about strengthening bilateral relations.

In particular, they valued the possibilities of exchange in the cultural, educational and sports sectors, as well as the twinning interest of this city, on the Colombian Caribbean coast, with Cuban cities, according to diplomatic sources.

The ambassador and companions were received at the city’s Chamber of Commerce by its director, Manuel Fernandez, with whom they reviewed the existing potential in trade and investment between the two countries, both in wholesale and retail trade.

During their stay in this city, the capital of the department of Atlantico, the visitors participated in a banquet organized by Casa Caribe de Solidaridad con los Pueblos, which is part of the Colombian Movement of Solidarity with Cuba (MCSC), where they discussed the preparations for the 31st Meeting of the MCSC, to be held from November 9 to 13 to demand an end to the United States blockade against Cuba.

The event, held under the slogan ¡For the lifting of the blockade, unity and brotherhood with Cuba!, will take place in Barranquilla, where leaders and supporters of corporations that make up the MCSC, and national and foreign guests, will promote knowledge and brotherhood between both cities.

The Cuban ambassador continues his tour of this city on Thursday, when he will meet with business people and representatives of duty-free zones with an interest in potential investments in productive areas and domestic trade.

Caamaño will also meet with Pedro Polo, a reference for solidarity with the peoples of the world, in particular with Cuba.

Cuba to celebrate 50th anniversary of ties with Caribbean nations

Cuba to celebrate 50th anniversary of ties with Caribbean nations