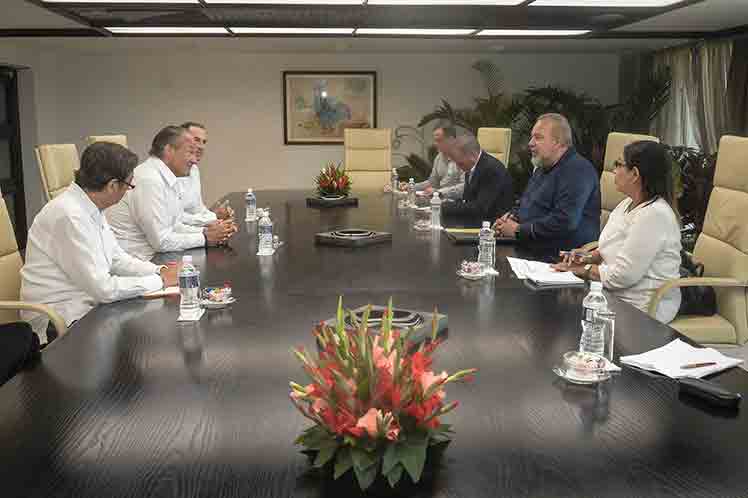 Havana, Sep 1 (Prensa Latina) Cuban Prime Minister Manuel Marrero met on Thursday with the Board of Directors of the Kempinski Hotel Shanghai (China), he reported on his Twitter account.

In his tweet, Marrero stressed that the high quality of that establishment resulted in high occupation and magnificent economic results.

The company has strong ties with Cuba. The Gran Hotel Manzana Kempinski Hotel in Havana has drawn attention in the different tourist markets five years after its opening.

Opportunely, a note in this regard reports that the inauguration of the building also represented the entry of the Swiss hotel company Kempinski Hotel in the Americas, and its premiere in Cuba. For the construction of the Gran Hotel, an iconic building in the city was used, the former Manzana de Gomez, which was a commercial and social center.

The hotel offers 246 rooms, including 50 suites, bars, restaurants, a spa, a gym, a heated rooftop pool, and an exclusive lounge for cigar smokers.

The European group opened the Gran Hotel Bristol, in the heart of the capital, at a short distance from the Capitol, as its second hotel in Havana.

The company was founded in 1897. Kempinski Hotels, the trademark of the parent group (Kempinski Aktiengesellschaft), is an independent German-Swiss joint-stock company, with businesses in the hotel, conference and catering sectors.

Such a firm owns and runs 60 hotels in several countries. In addition, 43 other hotels are either in the final phase of the project or under construction in Europe, the Middle East, Asia and Latin America.