Doubtful in the U.S. of Trump’s possible 2024 election victory 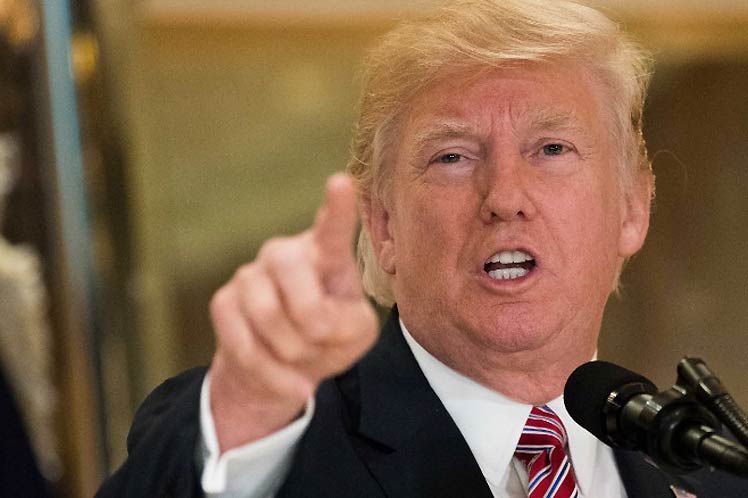 Doubtful in the U.S. of Trump’s possible 2024 election victory

Washington, Sep 5 (Prensa Latina) Even though Donald Trump will surely announce his candidacy for the presidency of the United States in 2024, probabilities he will regain the White House are too low, The Hill newspaper reported on Monday.

According to The Hill, Trump will be able to claim his return to the White House following his single term, as he would not be the first former president to try; “however, if history is any guide, chances of him serving two non-consecutive terms are too low,” according to the text.

It recalled that, in fact, the record of successes of former presidents who succeeded after being out of office is quite limited to a single example in more than 200 years.

The closest parallel to what Trump is trying to replicate comes from Democrat Grover Cleveland, the 22nd and 24th president of the United States, it noted.

Just as Cleveland’s 1884 electoral victory hinged on a few votes in just one state, in 2016, Trump’s margin over Hillary Clinton was due to small but significant victories in Wisconsin, Michigan and Pennsylvania.

Trump won these three states by a total of less than 78,000 votes, although he lost popular vote nationally by nearly three million votes.

In 1888, Mr. Cleveland ran for re-election, and in 2020, Trump did the same thing. Both lost, The Hill reported. But in 1892, he won again and was thus sealed as the only president to serve two non-consecutive terms in this country.

With the 2024 presidential election just over two years away, Trump has made no secret of his long for running as president anew, The Hill added.

Unlike Cleveland, who won popular vote in his three presidential candidacies, Trump never had it in his hands.

According to some analysts, Trump’s chances are dimmed in the near future not only by his troubled job in the White House, but by the number of civil and criminal investigations into his actions before.

Nevertheless, The Hill noted, Trump keeps a strong base within the Red Party, despite signs of a general weakening support for him.