Gloomy views prevail about democracy levels in the United States 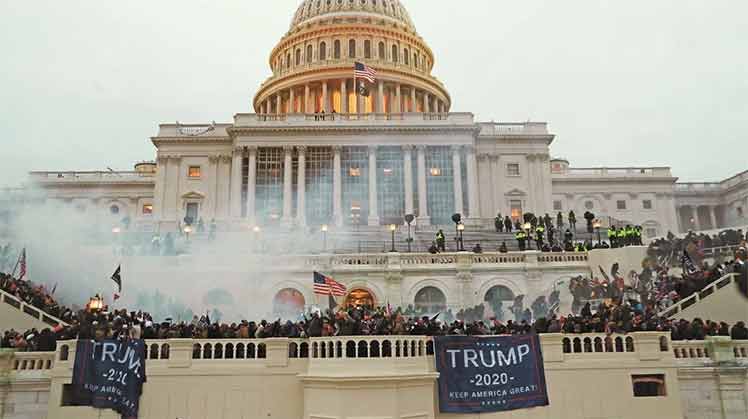 Gloomy views prevail about democracy levels in the United States

Washington, Sep 5 (Prensa Latina) 54% of interviewees in a survey released on Monday strongly believed the United States will be less democratic within a generation, while 64% forecasts a rise in political violence.

According to a recent CBS News-YouGov poll, eight out of 10 Americans believe the northern country´s political civility level has worsened in recent years, and only 7% of Americans saw improvements in this aspect.

Most of Americans (86%) have said the use of force is always unacceptable to achieve goals relative to power; however, 14% believe this may be permissible if necessary.

Other results showed how only 19% of Americans indicated that the United States will become much more democratic, and 12 out of 100 stated they did not see a civility change.

According to The Hill newspaper, the nation´s political violence has recently increased, mainly following Jan. 6, 2021, as hundreds of people stormed into the Capitol to challenge President Joe Biden’s electoral victory back then.

An example of the impact was when an armed man was arrested in front of the Judge Brett Kavanaugh´s residence days before the Supreme Court annulled the constitutional right to abortion, a decision adopted on June 24.

However, Trump alleged FBI´s search was politically motivated and, during a campaign rally past Saturday in Pennsylvania, he called President Joe Biden as “enemy of the state” and described FBI and Department of Justice (DOJ) as “vicious monsters”.

In this context, Biden frames coming Nov. 8 midterm elections as a referendum on democracy.