Two ministers on the way to censure or dismissal in Peru 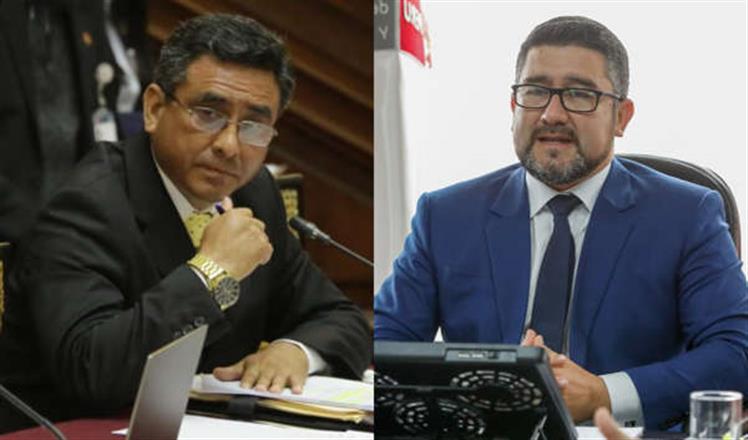 Two ministers on the way to censure or dismissal in Peru

Lima, Sep 6 (Prensa Latina) Two Peruvian ministers are today facing the imminent possibility of being censured by Parliament, which is equivalent to their dismissal, after the interrogation of the head of Transport and Communications, Geiner Alvarado.

The aforementioned head joined the list of new dismissals of the administration of President Pedro Castillo, and tomorrow his colleague of the Interior, Willy Huerta, who is the object of the opposition’s anger due to the recent change in the leadership of the National Police, decreed by the head of State, will be questioned.

Alvarado was strongly questioned by most of the political parties due to the investigations for alleged corruption he is facing and the hypothesis of the Prosecutor’s Office that, as Minister of Housing, until recently, he was part of an organization headed by Castillo, dedicated to irregular bids.

The extreme right-wing congressman Jorge Montoya called on him to resign without waiting for the censure for which the majority of the benches pronounced a similar position, which also accused the minister of inefficiency.

Alvarado’s rejection to the accusations and his invocation to respect his right to the presumption of innocence and the initial nature of the four investigations he is facing, did not dissuade the opponents, who before the interrogation had advanced in several cases the intention to censure him.

Nor did he deny even knowing members of the alleged criminal organization which, according to press reports from the Attorney General’s Office, incriminates him in the case, which also involves Castillo’s wife, Lilia Paredes, their putative daughter, Yenifer Paredes, and other relatives of the governor.

Alvarado ruled out the possibility of resigning, because he considers himself innocent.

“I categorically reject being part of a criminal organization”, he asserted, and before the questioning he declared that censorship is the Parliament’s normal attribution.

The head of state was questioned yesterday by Benavides and declared himself innocent and willing to appear as many times as necessary before the Public Prosecutor’s Office.

Pope Francis speaks out against violence in Peru

Pope Francis speaks out against violence in Peru