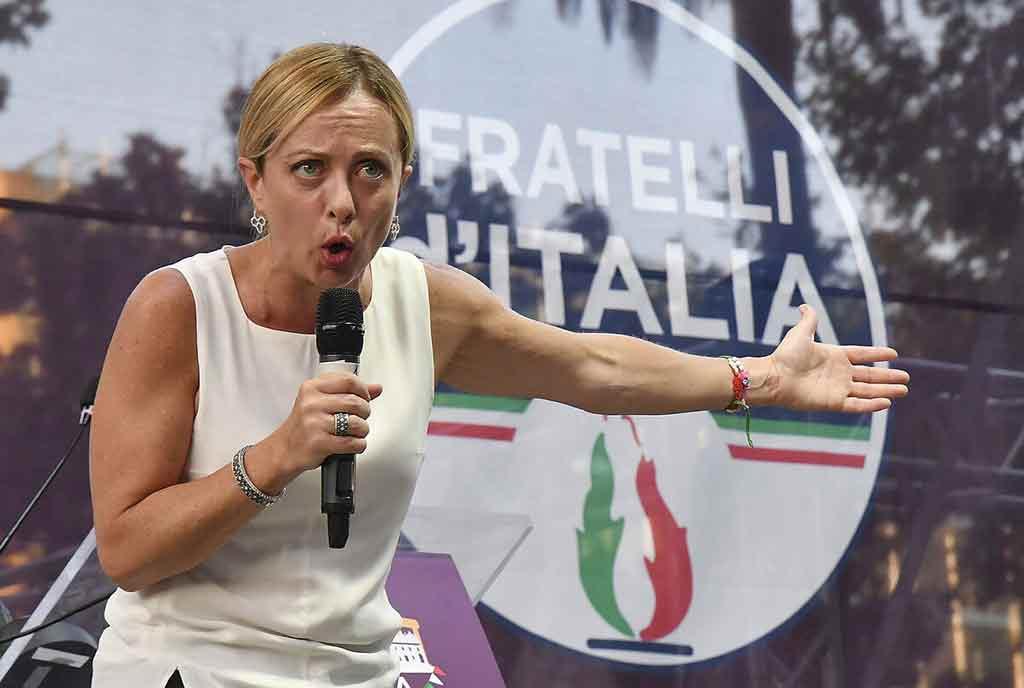 Rome, Sep 7 (Prensa Latina) The Brothers of Italy (FdI) ultranationalist party has received 25.5 percent of approval among voters and is consolidated as a favorite to win the September 25 general elections, a survey showed on Wednesday.

According to the poll, made by the Ipsos Institute and published by Il Tempo newspaper, the Democratic Party (PD) is in second place, nearly four points behind the FdI, with 21.6 percent, leading the progressive coalition.

The survey indicated that the PD maintains a negative trend, while the leftist 5 Star Movement (M5S), which so far will go to the polls independently, has risen from 10.0 to 14.8 percent of preference among voters in recent weeks.

The Ipsos poll placed the M5S ahead of the League and Forza Italia parties, with 11.8 and 8.0 percent of approval, respectively, which make up the far-right alliance together with the leading FdI and Noi Moderati, which obtained only 0.5 percent.

Thus, the ultraconservative union seems unreachable, with 45.8 percent, very distant from the center-left bloc, which only won 27.9 percent after the decline of the PD and the low score of the remaining forces that make up the group.

Among the latter, the Italian Left/The Greens formula got a discreet 3.6 percent in the latest poll, while +Europe reached barely 2.1 and Civic Commitment lagged behind, with 0.6 percent.

Finally, the centrist Third Pole, made up of the Action and Italia Viva parties, showed an advance in relation to the previous polls and got 6.5 percent of acceptance, still far from the goal of leading both forces, to get at least 10.0 percent.