Historical: Vatican to be represented in cycling world championship 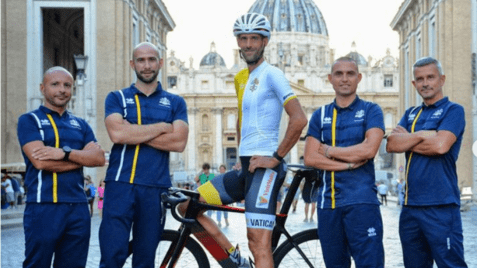 Historical: Vatican to be represented in cycling world championship

The runner participated in tests in Asia, was a member of teams such as Oliver’s Real Food and the Black Inc Cycling Team and will take the start on the last day of competition in the road test, the Holy See’s sports body disclosed.

The Vatican officially became a member of the International Cycling Union in 2021 and has the right to send riders to international competitions.

The Danish Cycling Federation even expressed its displeasure at the refusal to participate without offering any argument from Jonas Vingegaard, a member of the Jumbo Visma team.

The 25-year-old outstanding athlete, who has not competed since last July when he won the Tour de France, conveyed that he would focus on preparing for the Italian classics in October, in particular Il Lombardía, which will take place on the 8th of that month.

Spain recognized on the other hand that the young Juan Ayuso (UAE Team Emirates) will not attend the World Cup due to physical and mental fatigue after competing in the Vuelta a España, in which he finished third, and replaced him with Iván García Cortina (Movistar).