War in Ukraine is irrational, UN has not prevented it, Obrador states 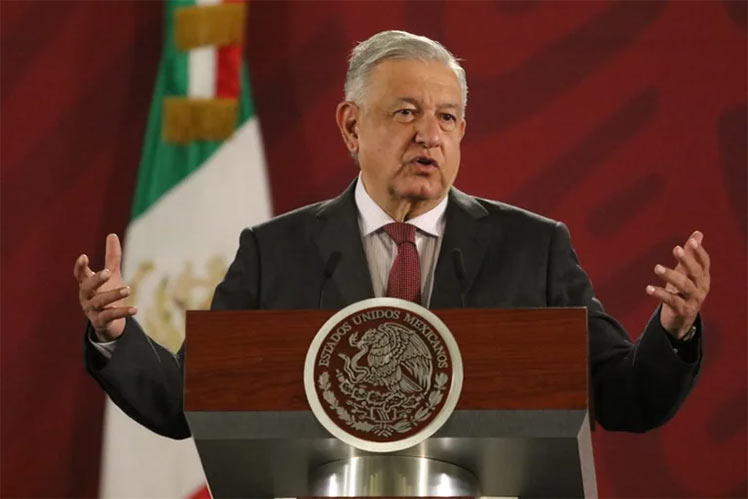 War in Ukraine is irrational, UN has not prevented it, Obrador states

Mexico, Sep 19 (Prensa Latina) The war in Ukraine is the most irrational thing there could be and the United Nations has done nothing to prevent it, Mexican President Andres Manuel Lopez Obrador said on Monday.

The Mexican head of State retook the subject for the umpteenth time at his morning press conference to insist that he will maintain his proposal to create an international commission headed by India’s prime minister, the Pope, and the UN secretary-general to negotiate the end of the conflict and a five-year world truce to preserve peace.

He wondered why the leaders of the major powers and the UN did not do the political work required to avert war and confrontation and seek a negotiated solution to the conflict.

He answered that not enough was done and, worse still, at the same time they allowed or pressured the incorporation of Ukraine into NATO, they chose to send weapons, and above that, they took measures and economic sanctions against Russia that made the war even more irrational, because human lives have been lost, there are more refugees, and greater misfortunes.

But in addition to these specific events, they had a worldwide impact on the economy and the welfare of the people, the damage caused to almost all the peoples of the world, and the inflation caused fundamentally by this conflict.

So, he asked again, why not look for an alternative so that there could be a truce. I am proposing, he insisted, that the three aforementioned personalities head that international committee to put an immediate end to the war, and a five-year truce, so that the governments can devote themselves to solving the world’s great social problems such as poverty, disease and violence.

But one thing is the vision and interests of the top and another is the feelings and suffering of the overwhelming majority of peoples and nations.