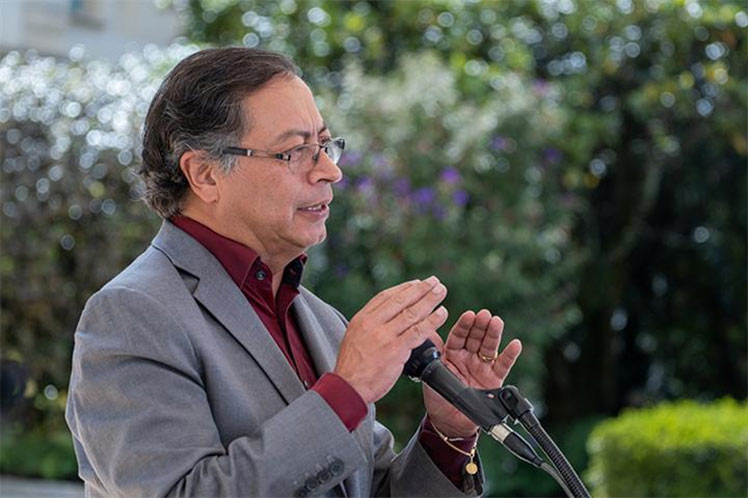 United Nations, Sep 20 (Prensa Latina) The president of Colombia, Gustavo Petro, demanded today before the UN General Assembly that developed countries end the irrational war on drugs, assuring that it has failed.

In his speech at the debate segment of the 77th session of the United Nations General Assembly, he assured that reducing drug consumption does not need wars.

It needs all of us to build a better society: a society with more solidarity, more caring, where the intensity of life saves from addictions and new slavery,’ he said.

In spite of the fight against this scourge, he continued, there has been an increase in the world in deadly drug use and the consumption of soft drugs has gone from soft to harder ones. Under the argument of that war ‘a genocide has taken place in my continent and in my country, millions of people have been condemned to prison, to hide their own social faults they have blamed the jungle and its plants’, he said.

He recalled that the war against drugs has lasted 40 years and if the course is not corrected and it is prolonged for another 40 years, the United States, considered the main consumer, will see 2,800,000 young people die of overdose from fentanyl, which is not produced in Latin America.

It will see millions of African-Americans imprisoned in its private jails.

The Afro prisoner will become the business of prison companies, a million more Latin Americans will die murdered, they will fill our waters and our green fields with blood, they will see the dream of democracy die in my America as well as in Anglo-Saxon America’, he emphasized.

Petro stressed that in the war on drugs, which includes destroying coca plants, the Amazon rainforest is destroyed. The jungle burns, gentlemen, while you make war and play with it.

The jungle, the climatic pillar of the world, disappears with all its life. The great sponge that absorbs the planetary CO2 evaporates.