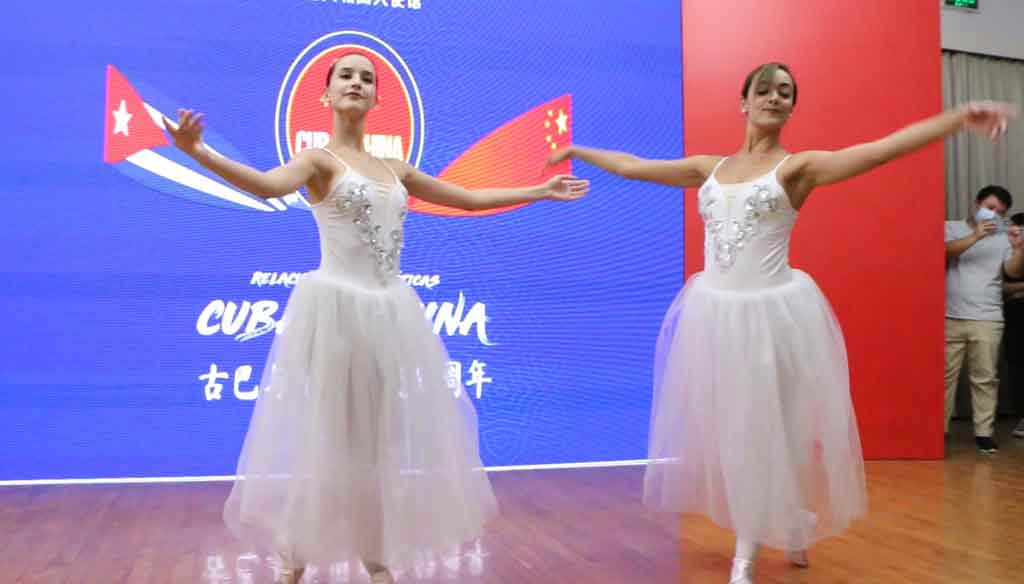 Beijing, Sep 22 (Prensa Latina) Music and dance from Cuba and China merged on Thursday night in a gala to commemorate the 62nd anniversary of diplomatic relations, and became the scenario to ratify the will to consolidate them further.

Chinese artists performed typical dances from their country as well as Cuban salsa and mambo choreographies.

Meanwhile, Cuban artists presented a fragment of the Gisselle ballet and an instrumental to the rhythm of the saxophone.

The cultural event was attended by representatives of both governments, as well as members of the diplomatic corps accredited in China, Cuban residents here, businesspeople, and friends of Cuba.

During the political segment, Ambassador Carlos Miguel Pereira referred to the similar challenges faced by the two states and their commitment to the construction of socialism as the way to achieve a fairer society.

He highlighted the strengthening of inter-party dialogue, wished success in the upcoming celebration of the 20th Congress of the Communist Party of China, and thanked Beijing for its support for the battle against the lifting of the United States’ financial, economic and commercial blockade.

For his part, Qiu Xiaoqi, special representative of the Chinese Government for Latin American and Caribbean Affairs, recalled that Cuba was the first country in the region to formalize ties with China, thus it paved the way to establish relations with more nations in the Western Hemisphere.

He added that Beijing-Havana ties are an example of solidarity, cooperation, and mutual support among developing States.

He also expressed his government’s willingness to take new steps in the future to strengthen bilateral ties together.