Protests in Australia call for the end of the monarchy 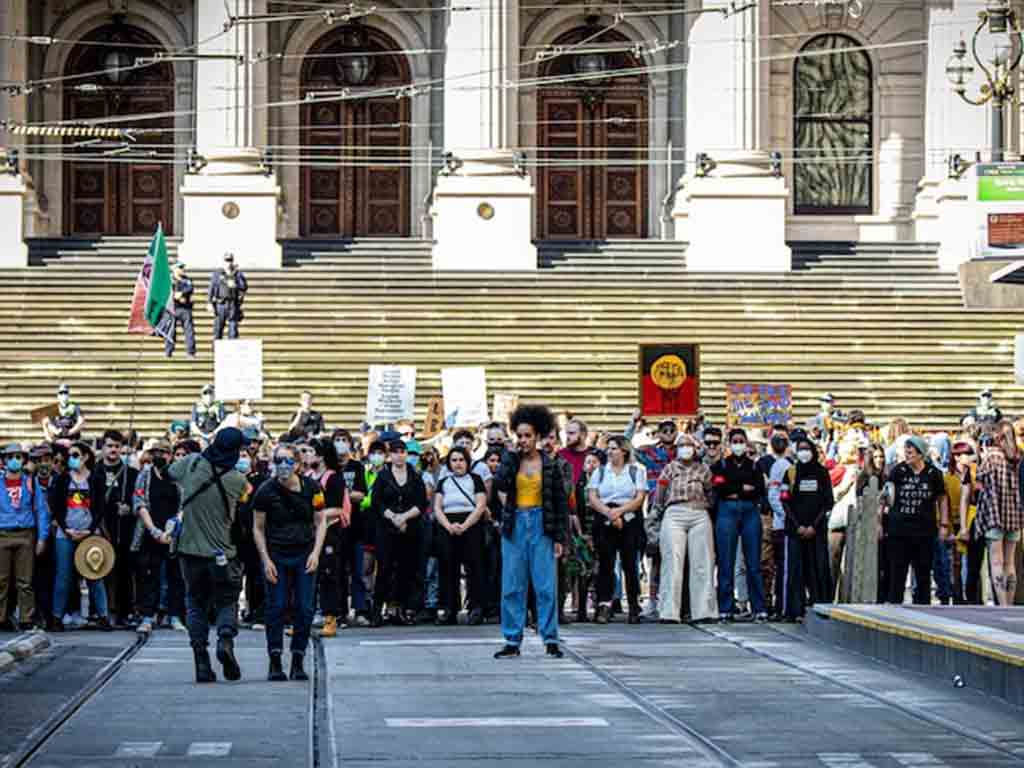 Protests in Australia call for the end of the monarchy

Protests were held in Canberra, Brisbane, Sydney and Adelaide, with the slogans “Always Was, Always will be, Aboriginal land.”

Also, some protesters burned the Australian flag, according to images broadcast on national television.

In the city of Melbourne, hundreds of demonstrators led by Green Party senator, Aboriginal Lidia Thorpe, walked the streets with messages such as “Abolish the monarchy” or “Black Lives Matter,” in reference to the Black Lives Matter movement.

For its part, the front “Warriors of the Aboriginal Resistance,” one of the organizers of the protest, called for an end to colonial racist imperialism and its continuing effects on Aboriginal and Torres Strait Islander peoples, who make up 3.3 percent of the country’s 25 million inhabitants.

The Australian Aborigines, who are not recognized by the Australian Constitution dating back to 1901, have been victims of constant mistreatment since colonization, as well as disposessed of their lands and systematically discriminated against, leaving many of them living in poverty and inequality.

Australian Prime Minister, Labor Party´s Anthony Albanese, promised to hold a referendum during his term in office to make a constitutional change to recognize the rights of indigenous Australians and allow them to have a voice in the country’s Parliament.