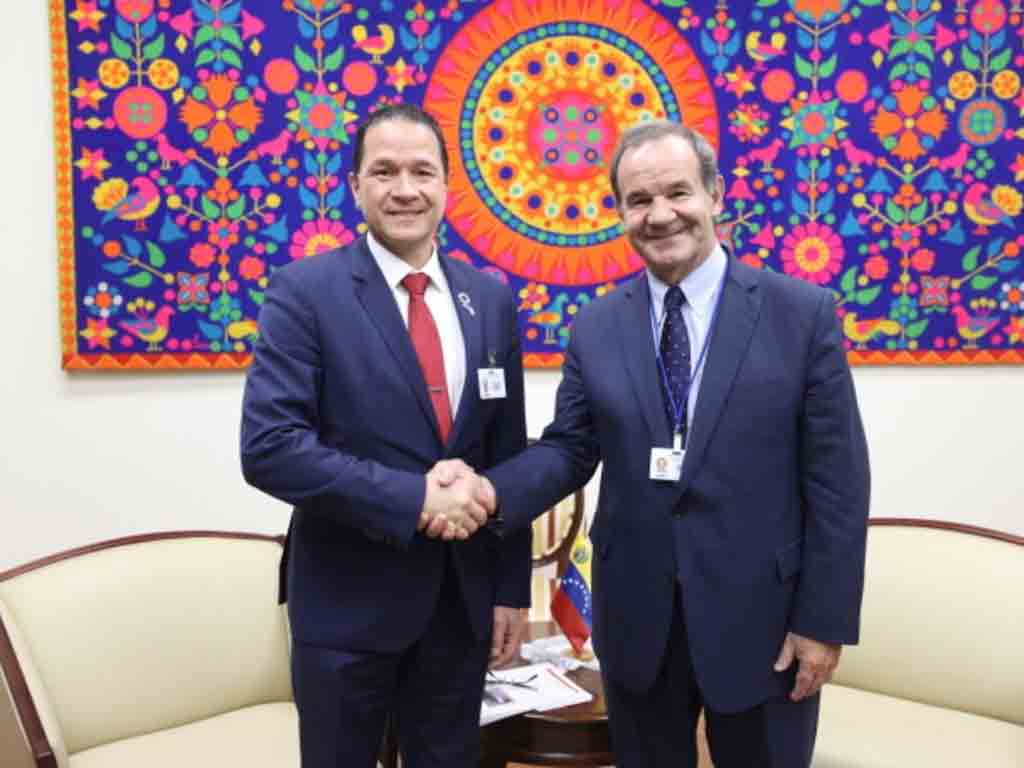 In a dialogue held in the context of the 77th session of the United Nations General Assembly, the officials discussed issues related to this integration mechanism, which is made up of 22 countries from Latin America and the Caribbean, and Europe (Andorra, Spain and Portugal).

On behalf of the Government of the Bolivarian Republic, the head of Venezuelan diplomacy ratified his country’s willingness and commitment to participate in the activities of the Ibero-American General Secretariat (SEGIB).

SEGIB emerged as a mechanism for political coordination and cooperation in the context of the First Summit of Heads of State and Government, held in July 1991 in Guadalajara, Mexico.

Since his arrival in New York, Faria has maintained a fluid exchange with national delegations and international organizations.

He also participated in multilateral meetings such as the Association of Caribbean States and the ministerial meeting of the Non-Aligned Movement, among others.

In the latter, he expressed the need for ‘a greater sense of unity, cooperation and solidarity’.

Collective, determined and coordinated action is, he said, the path to follow and for this ‘we must put an end to all unilateral approaches or actions’ that fail to contribute to the solution of the common challenges that keep us from achieving the yearnings for peace, security, justice and development demanded by our peoples.

As part of his bilateral exchanges, the Venezuelan Foreign Minister spoke with delegations from Zimbabwe, Algeria, Libya, Trinidad and Tobago, Syria, Kazakhstan, the Saharawi Arab Democratic Republic, Russia and others.

The day before, Caracas and Moscow ratified the political will to continue deepening the strategic alliance of cooperation and reciprocal friendly relations, in a meeting between Faría and his Russian counterpart, Serguei Lavrov, who presented him with the Order of Friendship granted by President Vladimir Putin.