ALBA-TCP ratified its commitment to a fair international order 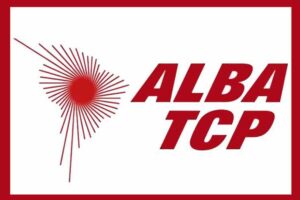 ALBA-TCP ratified its commitment to a fair international order

In the Final Declaration of its XXII Political Council, the foreign ministers of the integration mechanism ratified the defense of multilateralism, the observance of the purposes and principles enshrined in the UN Charter, International Law and the central role of the UN.

They also endorsed the postulates of the Proclamation of Latin America and the Caribbean as a Zone of Peace, approved at the II Summit of Latin American and Caribbean States, held in Havana, Cuba, in January 2014.

The ALBA-TCP Foreign Ministers reaffirmed their rejection of the imposition of unilateral coercive measures against sovereign States, in violation of the norms and principles of International Law and the Charter of the United Nations.

In this regard, they strongly advocated the unconditional and immediate lifting of the ‘criminal and illegal economic, commercial and financial blockade’ imposed for more than 60 years by the United States on Cuba, in accordance with the General Assembly resolutions.

They also rejected the imposition of unilateral coercive measures against the peoples and governments of Nicaragua and Venezuela, in violation of international law, which prevent the full enjoyment of human rights.

The Declaration denounced ‘the unusual’ pronouncement of a British court that undermines Venezuela’s legitimate power to administer its intentional reserves, and supported the legal actions that the South American nation could take to reverse this illegal measure.

He also condemned the attempted hijacking and robbery by the United States and ‘its imperial courts’ of the Venezuelan airplane of the Aerocargo del Sur Transport Company, an action that constituted a new act of plundering of the national assets of the Bolivarian Republic. ef/abo/mv/jcd

ALBA-TCP states that peoples of the world support Cuba

ALBA-TCP states that peoples of the world support Cuba