Cubans residing in France condemn the US blockade 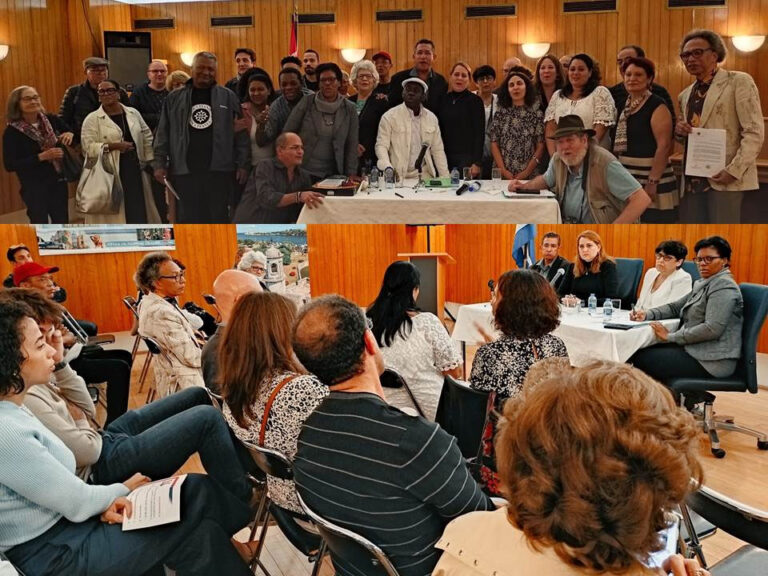 Cubans residing in France condemn the US blockade

Paris, Sep 24 (Prensa Latina) The participants in the XI National Meeting of Cubans Resident in France today condemned the US blockade against the island and ratified their support for their country in the fight to preserve its independence and sovereignty.

In the final declaration of the meeting that brought together representatives of associations and Cuban residents in a personal capacity in this capital, they denounced the suffering that the economic, commercial and financial blockade causes their compatriots in the Antillean nation and demanded its lifting.

They also repudiated in the text the systematic actions of the United States government to discredit the international cooperation that the island provides in the field of health to dozens of countries.

They also highlighted the work carried out in the last two years by the various associations integrated into the National Coordinator of Cuban Residents in France, which organized this Saturday the first face-to-face meeting of its kind since 2020, when the Covid-19 pandemic broke out.

The declaration also includes recognition to the embassy and the Consulate of the largest of the Antilles here for the support to the initiatives of the Coordinator and underlines the commitment to the legacy of Fidel Castro and Raúl Castro, as well as the accompaniment to President Miguel Díaz-Canel.

During the forum, Ambassador Otto Vaillant gave an update on the reality of the island and its challenges, including the impact of the blockade imposed by Washington for more than six decades.

The diplomat and the consul general Yusnery Sánchez reiterated the commitment of the Cuban government to strengthen ties between the nation and its emigration.

Several of the participants expressed concern, such as the request for the elimination of the extension every two years of the passport, the streamlining of procedures and the request that Cubans residing abroad be able to vote in elections and referendums.

Similarly, they were interested in the mechanisms for making donations and urged to take advantage of the fact that many are French citizens to demand that Paris does not submit to the extraterritoriality of the US blockade, which has a severe impact on the banking sector, by preventing transactions linked to the Caribbean country.

At the meeting, the associations presented a balance of the activities carried out since 2020, including mobilizations against the blockade, work on social networks in defense of Cuba, donations and shows of solidarity after the accidents at Hotel Saratoga and the Supertankers Base of Matanzas.

The meeting agreed to work on joint initiatives to support the homeland in 2023 and expressed its support to celebrate in November a new edition of the Meeting of Cuban Residents in Europe, which will take place in Berlin.