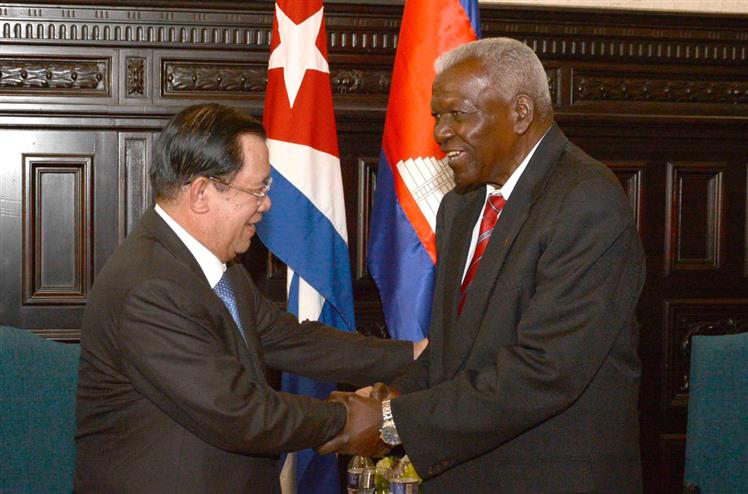 According to a note published on the website of the island’s legislature, Lazo explained to the Cambodian Prime Minister that the country is immersed in a deep process of perfecting the People’s Power system and the implementation of the 2019 Constitution.

In addition, he said the Caribbean nation is facing “an economic war imposed by the United States Government and the impact of the Covid-19 pandemic.” 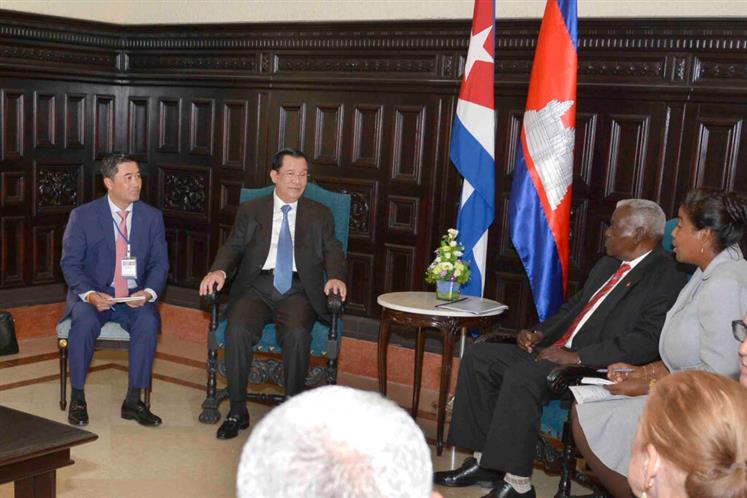 He stressed that Cuban and Cambodian legislative bodies can contribute to strengthen bilateral ties, with the promotion of common goals in health, sports and education sectors.

He thanked the invariable position of Cambodia in international organizations against the US blockade, as well as the donation of two thousand tons of rice.

The president of the legislative body reiterated Cuba’s interest and willingness to join the Parliamentary Assembly of the Association of Southeast Asian Nations (ASEAN) as an Observer.

He also sent greetings to the President of the Cambodian National Assembly, Heng Samrin, and to the head of the Senate, Say Chhum.

‘We want economic-commercial and cooperation ties to reach the same level as our political ties. We highly value your visit to Cuba, which will contribute to further strengthen solidarity, unity and strong support between both nations’, he concluded.

For his part, Samdech Techo Hun Sen congratulated the Cuban parliament, people and government for the vaccines developed to combat Covid-19, which ‘have not only been used by their people but also by other countries, including some in Asia such as Vietnam’.

The prime minister thanked the reception offered and recognized the efforts and achievements of the Caribbean nation, in the face of the intensification of the economic, commercial and financial blockade of the United States.

In this regard, he noted that the Cambodian Minister of Foreign Affairs and International Cooperation issued a statement requesting the end of the hostile policy.

In addition, he recognized the potential that exists in bilateral cooperation in areas such as health and sports.

The Prime Minister of the Kingdom of Cambodia arrived in Cuba the day before to carry out an official visit.