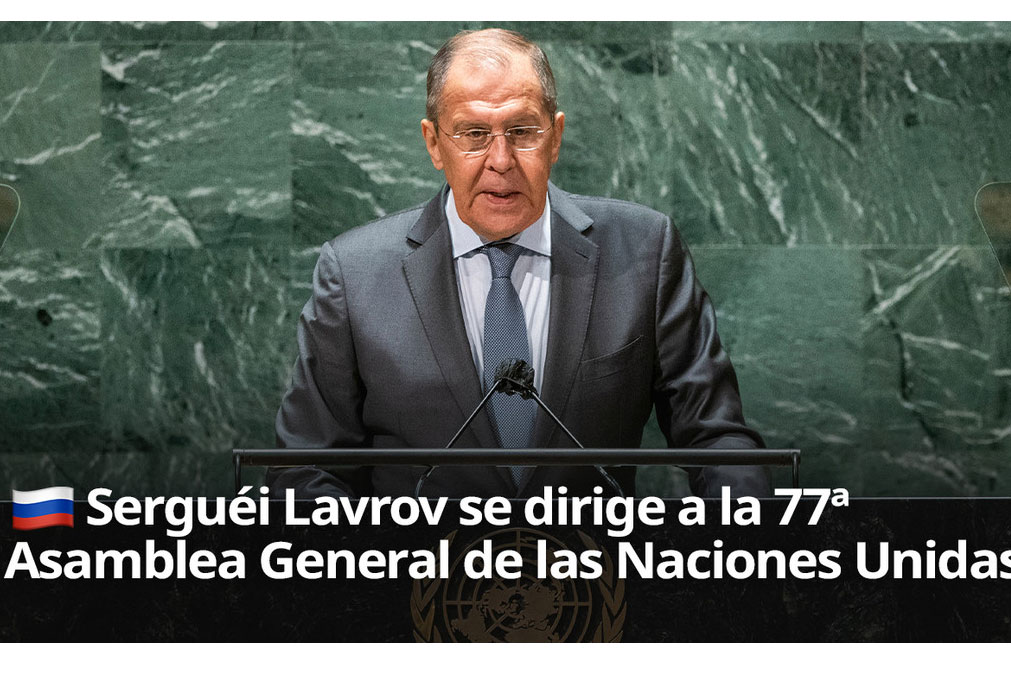 Russia, together with its allies and partners, urges to build a fair future world order, without blackmail or intimidation, Lavrov said this Saturday, in the general political debate of the 77th session of the UN General Assembly.

Today the question of the future world order is being decided, this is obvious to any impartial observer, the Russian Foreign Minister stressed.

The question is whether it will be an order with an hegemony that forces everyone to live according to its “notorious rules” that only benefit hegemony, or will it be a democratic and just world, without blackmail or undesirable intimidation, without neo-Nazism or neo-colonialism, Lavrov asked.

Russia has firmly chosen the second option and, together with our allies, partners and like-minded people, we call to work on its implementation,” the diplomat said.

The situation in international security is rapidly deteriorating, the Russian foreign minister said, adding that the West is carrying out provocations and putting on shows instead of engaging in honest dialogue and seeking compromises.

Lavrov stressed the world is experiencing a “difficult and dramatic moment”, where crisis phenomena are intensifying and the situation in the field of international security is rapidly deteriorating.

Western policy undermines confidence in international institutions as bodies for reconciling interests and in international law as a guarantee of justice and the protection of the weakest against arbitrariness, Lavrov said.

The United States is trying to turn the whole world into its “backyard” by imposing illegal unilateral sanctions on countries that do not agree, declared the foreign minister, who also called for the end of the US blockade against Cuba.

According to Lavrov, Russophobia has assumed grotesque and unprecedented proportions in the West, which openly declare their intention to dismember Russia, to make it disappear from the political map of the world as an independent geopolitical entity,” he asserted.

As for Ukraine, the Russian foreign minister concluded, one day we will know from someone’s memoirs how exactly the US strategy towards Ukraine was constructed, but Washington’s plans are already obvious.