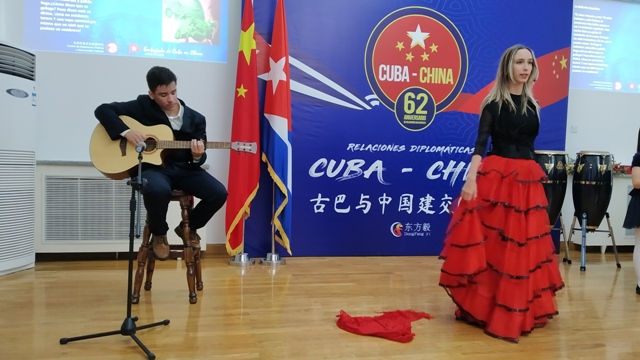 Beijing, Sep 25 (Prensa Latina) Children and adolescents from Cuba and China got together here on Sunday in the presentation of elements of their cultures to celebrate the 62nd anniversary of diplomatic relations between the two nations.

The children shared experiences with music, dance, plastic arts, and typical gastronomy in a meeting that became another bridge to reinforce the friendship between the new generations.

The event, organized by the Cuban Embassy and the Center for Public Diplomacy and Cultural Exchange, was also a space for them to interact with each other and learn about the peculiarities of their countries.

At the beginning of the event, Ambassador Carlos Miguel Pereira said that in Cuba the protection of children is a political will and the development of sports, cultural and scientific skills is encouraged.

“Our country guarantees the fundamental rights of children and young people (…) by ensuring them a privileged context where (…) they have the right to free health care and education, the possibility to develop their personality, their skills and abilities freely and creatively, as well as the enjoyment of a full and happy life,” he said.

The diplomat said that he expected the event will strengthen the eternal friendship between China and Cuba and will bring the new generations closer to give continuity to the historic ties of brotherhood in the future.

For his part, Center President Ma Zhenxuan pointed out that the fraternity between the two countries is rooted in the reciprocal understanding between the peoples, and considered the contact of the children an element of great importance in that process.

He stressed that his institution is willing to establish an exchange platform to give young people from China and Cuba the opportunity to experience, communicate and promote mutual understanding personally, in the hope that they will become witnesses of friendship and heirs of culture.

“Young people are the future of the country and education changes the future,” he emphasized as he wished that in their interaction they would address various issues and become the most active force of people-to-people exchange.