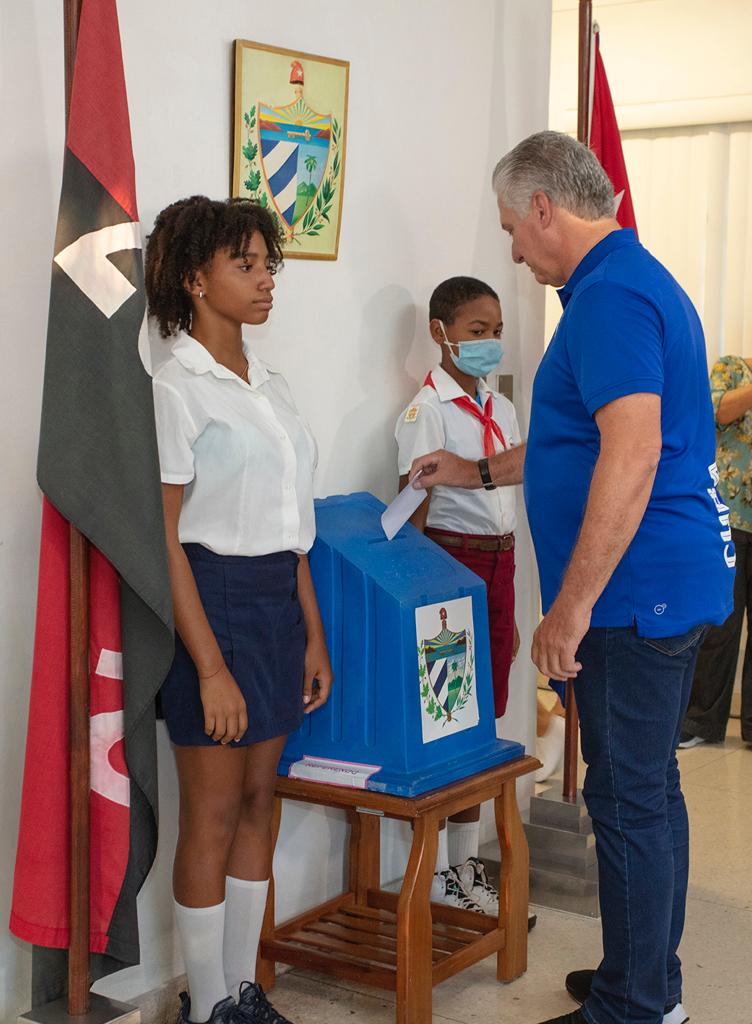 Havana, Sep 25 (Prensa Latina) Cuba assumed a position of courage by calling a referendum on the Family Code, President Miguel Diaz-Canel, who expressed confidence in popular support for the new law, stated on Sunday.

The president noted that amid the difficult situation of shortages and power outages that the country is going through, with an important part of the economy paralyzed, undertaking this process is a sign of the value and transparency of the Revolution.

After exercising his right to vote, Diaz-Canel told reporters that such adverse circumstances are the result of the hostile policy imposed by the United States on Cuba, over which it maintains an economic blockade for more than six decades, intensified by several measures taken by former President Donald Trump (2017-2021).

The head of State pointed out that the current US administration has sustained its application, although it recently announced some actions that he considered to be on the right track, although they are still very limited.

Despite this scenario and regardless of the outcome of the referendum, Diaz-Canel stressed that Cuban society has already won with the popular debate generated during the construction of the law.

We all looked more at families, at society, and we all learned more about what our realities were, the president underlined, adding that he thought about issues that were not previously in the interest of many people. Diaz-Canel reaffirmed his conviction that the majority will vote in favor of the new legislation but said that on issues where there is a diversity of criteria and amid of a complex situation there can also be punishment votes from people who without having something against the Code decide to veto it because they have some disagreement.

That is also legitimate, he insisted, although he appealed to everyone’s conscience since it is not possible to wait to solve economic problems and then move forward with a regulation that guarantees rights and whose entry into force requires a great effort from various institutions.

I believe a lot in the participation and wisdom of our people, and I believe that we have worked with transparency and complied with the constitutional mandate, by holding the popular consultation and the referendum in the established time regardless of the situation, he remarked.

The president described the Family Code as a monumental work, due to its depth and scope, and highlighted the two participation processes to which it was subjected, unprecedented for an individual law, since they were only applied to the Constitution.

We are on the way to further expand the democratic and participatory exercise within the socialist construction, emphasized the head of State, who valued this process as a contribution to the way of legislating in Cuba.

Using the criteria of experts, research and the opinions of the population are already part of the way of building the legal standards and policies of the country, which guarantee a more humanistic approach, he stressed.