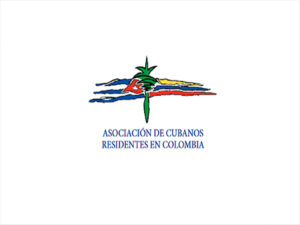 Bogota, Sep 26 (Prensa Latina) The Association of Cuban Residents in Colombia on Monday demanded Cuba's removal from the list of countries sponsoring terrorism drawn up by the Government of the United States

. It is infamous, as well as paradoxical, that a people “who almost from the first moments when it undertook its revolutionary transformations, for the construction of a much more dignified and humane society, and has suffered the disastrous consequences of terrorist attacks,” has been designated in such a way.

“This people has been the victim of sabotage on shopping centers, such as El Encanto, of the explosion of bombs in mid-flight of a Cubana de Aviación plane, of the machine-gunning of towns on its coasts, of the hijacking of fishing boats, of the planting of bombs in schools and the explosion of others in hotels,” they pointed out.

In addition to other criminal acts of spreading viruses, attacks on leaders, among others, the group added.

“Most of the perpetrators of these atrocities have found protection and sponsorship from several governments of the United States of America,” it denounced in a statement.

It recalled that the reason for the inclusion of our country in that arbitrary list was the Cuban Government’s refusal to the request from Colombian President Ivan Duque to hand over the members of the National Liberation Army (ELN)’s delegation to the peace negotiations taking place in Havana.

Cuba was intended to violate the agreements established in the international protocols as guarantor of the said process and then President Donald Trump, sponsoring that illegal request, proceeded to the referred inclusion, now ratified by President Joe Biden, the group explained.

“The paradoxical thing is that at a time when peace negotiations have been reestablished in Cuba between the current Colombian Government and the guerrilla movement, the US administration has declared its support for them, but at the same time reaffirms its decision to keep our country on the list,” the Cuban residents in Colombia said.