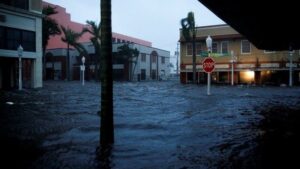 Washington, Sep 29 (Prensa Latina) President Joe Biden on Thursday declared that a major disaster exists in the State of Florida and ordered Federal aid to supplement State, tribal, and local recovery efforts in the areas ravaged by the passage of Hurricane Ian.

For a 30-day time from the start of the incident period, assistance for debris removal and emergency protective measures, including direct federal assistance, is authorized at 100% of the total eligible costs.

Hurricane Ian made landfall on Wednesday in the west of Florida with Category four and winds of over 150 mph, causing catastrophic flooding in several localities.

According to NBC News, over 2,500,000 Florida residents have no power service.

Despite leaving the state of Florida as a tropical storm, Ian could regain strength and turn into hurricane afresh, so meteorologists warn of possible flooding and other impacts, from Florida to North Carolina.

“A slight re-intensification is forecast, and Ian could be near hurricane strength as it approaches the South Carolina coast on Friday,” the NHC reported.