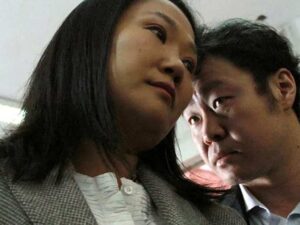 Judge Victor Zúñiga rejected the request of the head of the Popular Force party and 42 co-defendants to shelve the accusation of prosecutor Jose Perez, who is asking for 30 years and 10 months in prison for her.

Almost at the same time, prosecutor Alcides Chincha ratified his request for a 12-year prison sentence for former congressman Kenji Fujimori, for offering perks to opposition parliamentarians in exchange for abstaining from voting for the vacancy (impeachment), in 2018, of president Pedro Pablo Kucvzynski at that time.

Judge Zúñiga’s decision scuttled the defendants’ attempts to have the case shelved before the start of the public hearings in Keiko Fujimori’s trial.

The defense of the three-time unsuccessful presidential candidate challenged the ruling before a Superior Criminal Court of Appeals to resolve before the hearings whether the irregular or clandestine contributions of electoral funds in themselves constitute money laundering.

The lawyers argue that the hidden millionaire contributions from local and foreign companies, among others, do not come from illegal activities, so there is no money laundering.

The money was not declared to the electoral body and another charge against Fujimori and his accomplices is that of obstruction to justice, since they tried to disguise the funds by dispersing them as if they were many false citizen contributions of smaller amounts.

In the case of Kenji Fujimori, the request for 12 years in prison corresponds to the crime of bribery and influence peddling, of which Guillermo Bocangel, Bienvenido Ramirez, who like him were congressmen, and his advisor, Alexei Toledo, are also accused.

The four are accused of offering public works and other perks to Fuerza Popular legislators so that they would disobey Keiko Fujimori’s decision to push for a second vacancy attempt against Kuczynski due to corruption allegations.

One of the parliamentarians they tried to capture, Moises Mamani, appeared interested in the offer, audio and video recorded the offers and showed the content to the press, which triggered a scandal that in March 2018 forced Kuczynski to resign.