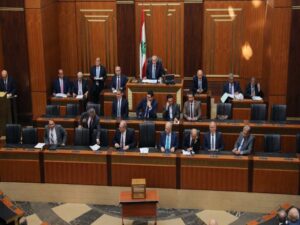 Beirut, Sep 29 (Prensa Latina) The head of the Lebanese Parliament, Nabih Berri, suspended due to the lack of consensus the first session of the elections for the new president of the Republic.

Only 122 deputies attended the plenary and the blank votes qualified the initial phase of the elections, with 33 days left for the end of the constitutional term.

The lack of quorum prevented the realization of the second round, as the first ballot count now reflected 63 blank ballots, 36 in favor of Representative Michel Moawad and 11 for Selim Eddeh, while 12 ballots supported other names.

‘If there is no consensus, we can elect no president, no parliament, no Lebanon and next time when I feel there can be consensus, I will immediately call for a session,’ Berri said.

In the initial round of voting, a candidate must obtain a two-thirds majority, or 86 votes to win. In case of a second round, the required majority is 65 votes, according to the Constitution.

The lack of government formation since last June and the fragmentation in the legislature are pressing factors limiting the election of a president for the Lebanese Republic, analysts warned.

In case of vacancy, the president’s functions will be delegated to the Council of Ministers, in accordance with Article 62 of the Magna Carta.

Lebanon will seek to appoint its 14th post-independence president before October 31, the deadline for the term of office of current President Michel Aoun.

Since 2019, Lebanon faces an unprecedented economic crisis with a devaluation of the local currency by about 95% of its value and about 2.2 million people in need of food.