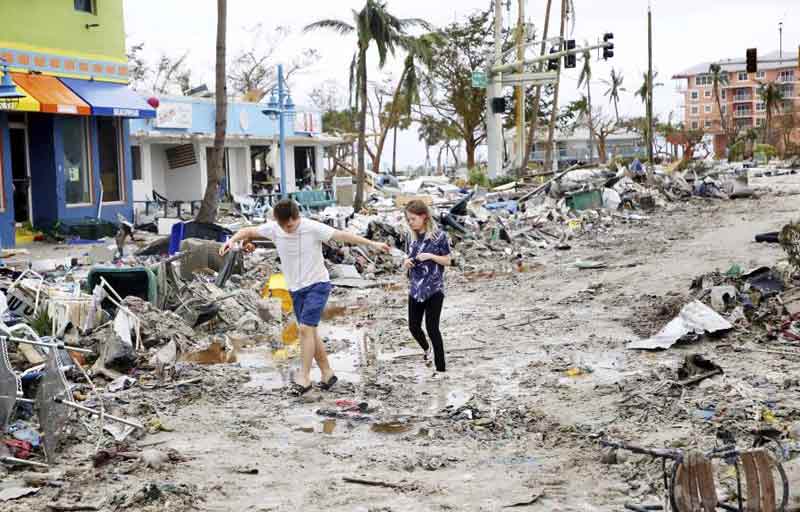 Washington, Oct 1 (Prensa Latina) Buildings turned into rubble, flooded areas, power outages and tragedy of the death of at least 45 people are presently shaking the United States as Hurricane Ian moves away across the country.

The now post-tropical cyclone is making inland after hammering the state of Florida on Wednesday with category four, skirting the east coast and entering U.S. again through South Carolina.

According to a CNN´s report based on a combination of state reports, Florida´s death toll jumped to 45 following the Commission of Medical Examiners reported three other deaths.

In Florida, coastal homes were swept out to sea, waters ruined homes and businesses, and trapped residents.

Lee County Administrator Roger Desjarlais commented that Hurricane Ian decimated parts of the area and that “there has to be a lot of fatalities.”

“It looked like someone had just dropped out of the sky, picked up hotels and buildings and carried them away. So much so that in many places there wasn’t even debris,” he said.

According to CNN, resident Kyle Faust waded through knee-deep water inside his home on Friday after the storm roared through.

To Myrtle Beach Mayor Brenda Bethune, Hurricane Ian was “a pretty scary sight” and stressed how residents stayed on the streets despite the peril.

“I’m now right on Ocean Boulevard. I see too many cars going by. And I think people just do not realize how dangerous it is to stay in these kinds of conditions,” she stated.

President Joe Biden vowed federal relief ahead of perhaps the worst hurricanes in the nation’s history and emphasized how it can take months and years to rebuild after the destruction left by Hurricane Ian.