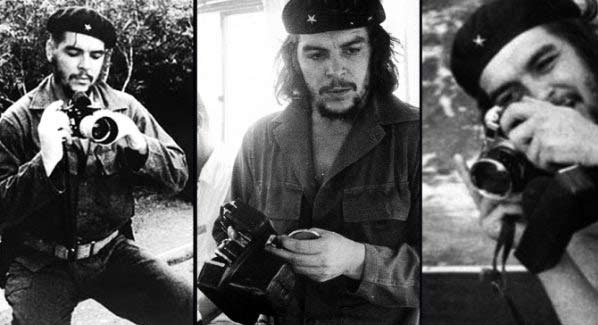 The exhibition, which will be installed at the “Memorial de la denuncia” from October 7 until December, alludes to the representation of Che’s image within the visual narrative of his people, according to the presentation of the project, exhibited last year in Mexico during the Cervantino Festival.

With some twenty black-and-white snapshots, Marti Montero rediscovers the heroic guerrilla man among everyday actions and objects, and the photo taken by Alberto Diaz Gutierrez (Korda) in 1960, currently one of the most reproduced images in history, emerges among those items.

The set of snapshots defend the premise of Guevara’s presence today, as a result of the popular appropriation of that image, in a number of people, trades, spaces and objects in Cuba.

A self-taught photographer, the creator began his career in underwater photography (1968) and eventually expanded into the world of snapshots by specializing in mural and color printing, as a photojournalist and chronicler.

The Argentine-Cuban was in favor of extending the armed struggle throughout the Third World, promoted guerrilla movements in several Latin American countries and served between 1965 and 1967 in the Congo and Bolivia, where he was executed by the Bolivian Army in collaboration with the CIA on October 9, 1967.