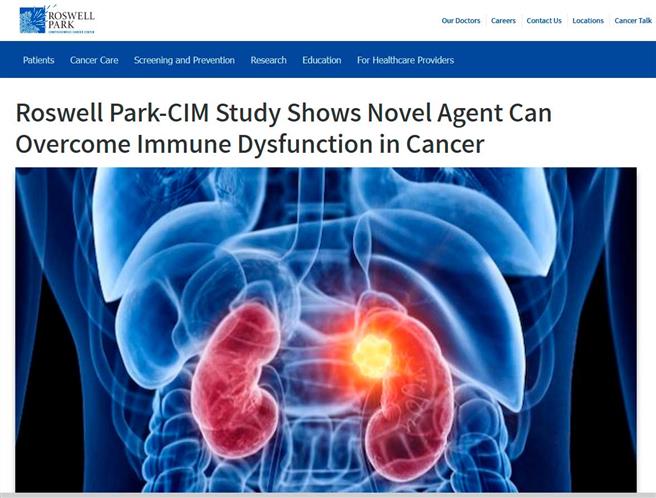 Washington, Oct 6 (Prensa Latina) The Roswell Park Comprehensive Cancer Center (EPCCC) in the United States on Thursday reported that Cuba´s VSSP cancer drug effectiveness on metastatic kidney cancer paves the way for a new treatment on such a disease.

According to a collaborative effort among EPCCC researchers and Cuba´s Center for Molecular Immunology (CIM), it was created a new strategy to correct immune dysfunction in patients suffering from malignant tumors, the source said.

The reports, which involved both lab studies and an early-phase clinical trial, showed that a new immune modulator (VSSP) can significantly reduce myeloid-derived suppressor cells (MDSC) among people with advanced kidney cancer.

Previous research has proved that the antitumor immune reaction can be enhanced by blocking MDSCs, a prominent cell type that drives immune suppression. So, scientists then sought an alternative method to target them by using VSSP, a nanoparticle that has been in clinical development in Cuba for over 10 years, and has been incorporated into the formulation of three different candidate cancer vaccines currently in different stages of clinical trials.

The study, recently published in the Journal for ImmunoTherapy of Cancer, showed that VSSP administration in preclinical trials converted MDSCs in the bone marrow into monocytes and dendritic cells, a potential result for cancer treatment in high-MDSC burden patients.

“These clinical and preclinical trial results assured that VSSP can be used to correct myeloid dysfunction in cancer and also provide a rationale for combining it with other immuno-oncology agents,” said Jason Muhitch, PhD., co-lead author at Roswell Park.

In this way, CIM’s Circe Mesa, Ph.D., VSSP drug is positioned as a first-in-class immunomodulatory therapy to combine with other antitumor options.