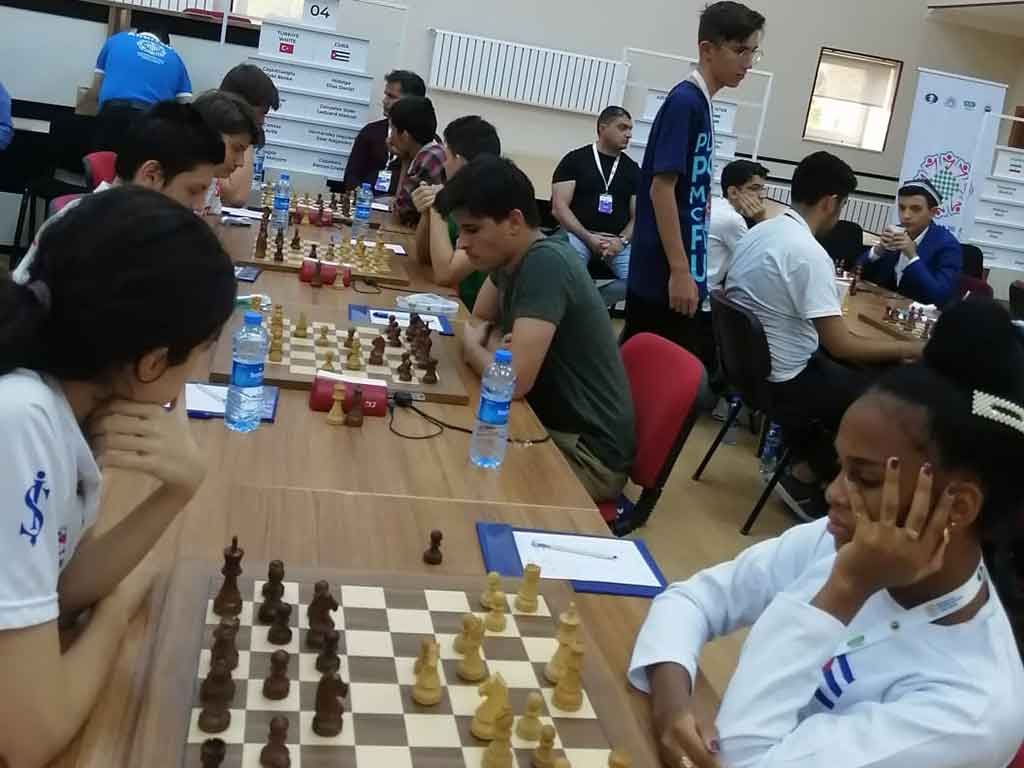 Baku, Oct 7 (Prensa Latina) The Cuban chess team participating in the U16 Olympiad in Nakhchivan, Azerbaijan, climbed to the third position after defeating the strong team of Türkiye 'white', the captain, Rodney Perez, said on Friday.

In an exclusive interview with Prensa Latina, Perez highlighted the work of the second and fourth Cuban boards, who convincingly defeated their opponents, members of one of the three Turkish teams participating in the competition.

Perez explained that the first board, Daniel Hidalgo tied with the strongest of the opponents, while the second and fourth ones, Leduard Gonzalez and Greter Caballero, respectively, won in heartbreaker matches.

Perez highlighted the good performance so far of the Cuban young chess player, who has been a pillar in the triumphs of the Cuban delegation with three wins and a draw.

In the next match, which will be the sixth, the Cuban chess players will face the Türkiye ‘red’ team, which is in first place in the competition.

With only four competitive rounds left in this U-16 Chess Olympiad, the Cuban players occupy an important position among the 34 teams participating in this important competition.

This U-16 World Youth Chess Olympiad is being held from October 1 to 11, in Nakhchivan, Azerbaijan.

The competition is a nine-round Swiss tournament with a 90-minute time control for the first 40 moves, followed by 30.

Each match between teams is played on four boards, and if a tiebreaker is needed, it will be announced at the Technical Meeting.