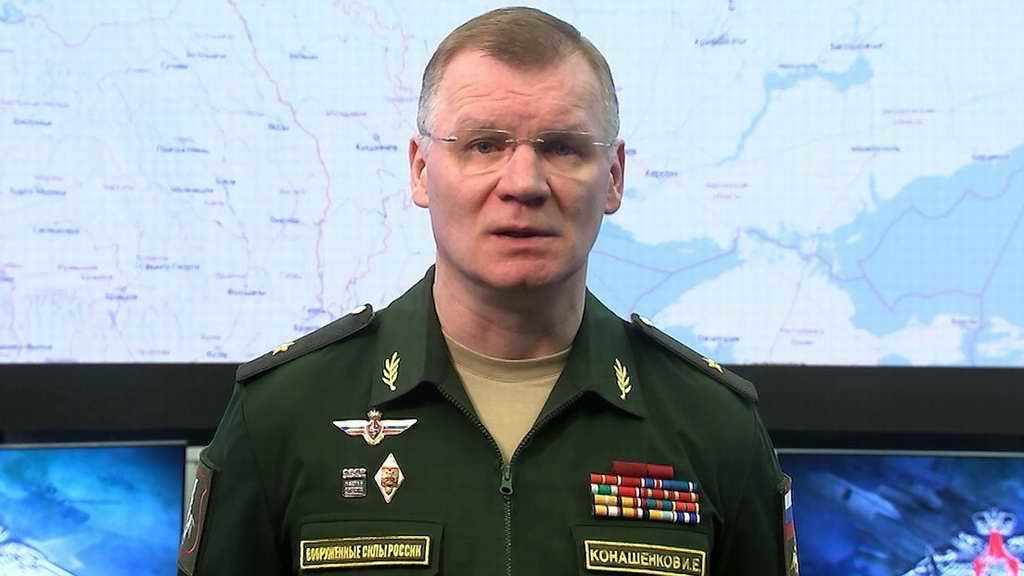 Moscow, Oct 7 (Prensa Latina) The Russian army repelled the Ukrainian offensive in Krasny Liman and killed over 30 soldiers while they were trying to cross River Zherebets, Spokesman for Russia´s Ministry of Defense, Igor Konashenkov, said on Friday.

At his habitual press conference, the spokesman also highlighted on Friday that heading for Kupiansk, also in the Donbas region, with the assistance of two reinforced batallions, it carried out a failed offensive that was repelled by Russian forces.

After the attacks by the Aerospace Forces of Russia on the temporary deployment points in Donetsk of the 25th Airborne Brigade, the 79th Assault Brigade and the 30th Mechanized one of the Ukranian forces more than 100 soldiers were eliminated, the spokesman explained.

Meanwhile, Konashenkov pointed out, a total of 300 Ukrainian soldiers, 7 tanks, 13 armored combat vehicles, and 17 cars advancing to Nikolayev-Krivoi Rog, near Kherson, were annihilated in the past 24 hours.

The spokesman added that a tactical group of the 60th Infantry Brigade of the Armed Forces of Ukraine was also neutralized in the Piatijatka settlement, in Zaporizhzhia.

Using high-precision weapons, the Aerospace Forces of Russia destroyed Ukrainian weapon, missile, and artillery repair workshops in the factory of Shepetovka in the Jmelnitski region, southwest of Kiev, Konashenkov said.

Finally, in the war report on Friday, the spokesman of Russia´s Ministry of Defense added that anti-craft troops had brought down an Ukrainian M1-8 helicopter, destroyed 21 HIMARS and Olja multiple rocket launcher projectiles, as well as four U.S.-made HARM anti-radar missiles.

Russia will ban the use of surrogate wombs by foreigners

Russia will ban the use of surrogate wombs by foreigners