Farewell to Mario Balmaseda, an unforgettable face in Cuban cinema 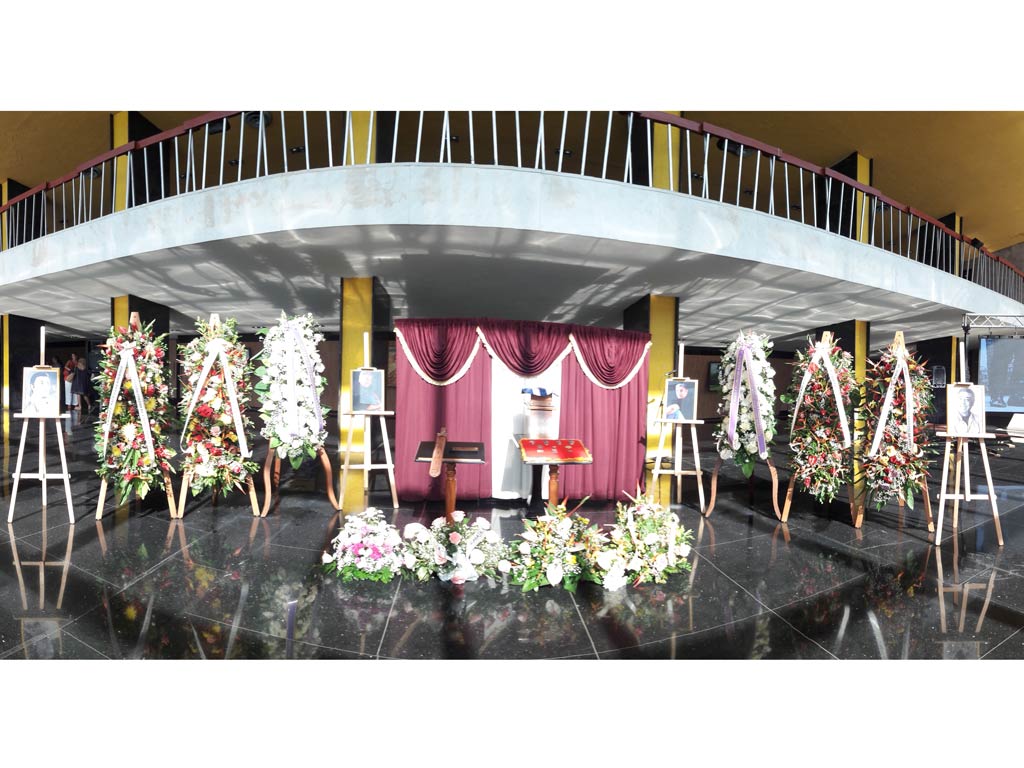 Farewell to Mario Balmaseda, an unforgettable face in Cuban cinema

Havana, Oct 12 (Prensa Latina) Family, friends, colleagues, and the Cuban people in general bid farewell on Wednesday to actor Mario Balmaseda at the National Theater, which has immortalized in photographs and videos the memory of one of Cuba's unforgettable faces.

Elderly and youths, actors and directors, admirers, and strangers have arrived since this morning at the lobby of the National Theater in Havana to pay tribute, express gratitude, and record the emotional moment that marks the departure to eternity of the admirable artist.

White roses make up the floral wreaths on behalf of Army General Raul Castro and President Miguel Diaz-Canel; while red, pink, and yellow flowers were sent by the Ministry of Culture, the Cuban Institute of Radio and Television (ICRT), and the Cuban Union of Writers and Artists (UNEAC).

Next to his ashes were some of his awards, recognitions, and medals that were the tribute to so many efforts, sacrifices, and relevant stagings that received the greatest of the medals transmuted into the sincere affection and respect that the people always professed to him.

In a corner of the theater, a big screen projected the voice of the Cuban actor who, according to Minister of Culture Alpidio Alonso immortalized with his performances such characters as Lenin, Maceo, Reinier, and others essential to understand the culture, history, and what we are as a nation.

Balmaseda won the highest awards granted by the Theater (2006), Television (2009) and Cinema (2021) because in all three media he shone as a professional and a human being, and worked tirelessly driven by the love for his profession.