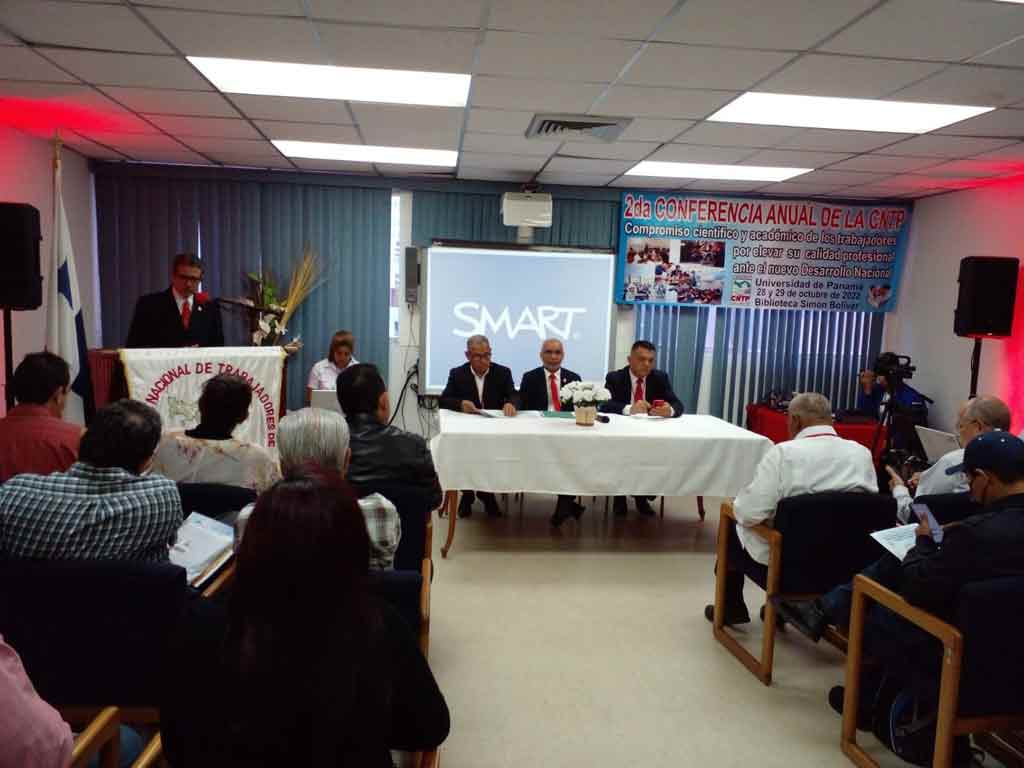 Panama, Oct 28 (Prensa Latina) The general secretary of the National Central of Workers of Panama (CNTP), Alfredo Graell, on Friday condemned the blockade imposed by the United States on Cuba for more than six decades.

At the opening session of the 2nd CNTP Annual Conference, dedicated in 2022 to higher education and the professional technical training of workers, the union leader pointed out that the hostile policy has failed to bend that brother and noble Caribbean people, who are an example of solidarity and altruism.

Graell praised the diverse contributions from Cuban science, in particular biotechnology, and how early they foresaw the fight against Covid-19 with the development and administration of its own vaccines to the population.

In November, he added, Cuba will submit for the thirtieth time since 1992 the resolution that demands an end to the criminal blockade to the United Nations General Assembly, a document that the Panamanian labor movement supports strongly and unconditionally, he remarked.

The CNTP with increasing force, and together with other organizations such as the World Federation of Trade Unions and other Panamanian groups, we demand that Washington’s economic, commercial and financial blockade cease, as it has proven to be a failure, Graell stressed.

That policy, he commented, violates international law and is contrary to the human rights of the Cuban family, whose best children save lives as doctors or give their knowledge to improve the education of other peoples of the world.

The 2nd CNTP Annual Conference is meeting for two days at the University of Panama and has among its keynote speeches the one that will be given by Venezuelan academic Luis Bonilla, which is entitled “Higher Education, Critical Thinking and Globalization of Knowledge.”

The inaugural evening of the event was attended by Nicaraguan Ambassador to Panama Marvin Ortega, and the political adviser of the Cuban diplomatic mission, Norberto Escalona, among other personalities.

Syria thanks Venezuela for solidarity ahead of deadly earthquakes

Alert on the rise of violence in Panama

Syria thanks Venezuela for solidarity ahead of deadly earthquakes

Alert on the rise of violence in Panama