Germany condemns use of Nazi salute during protests in Brazil 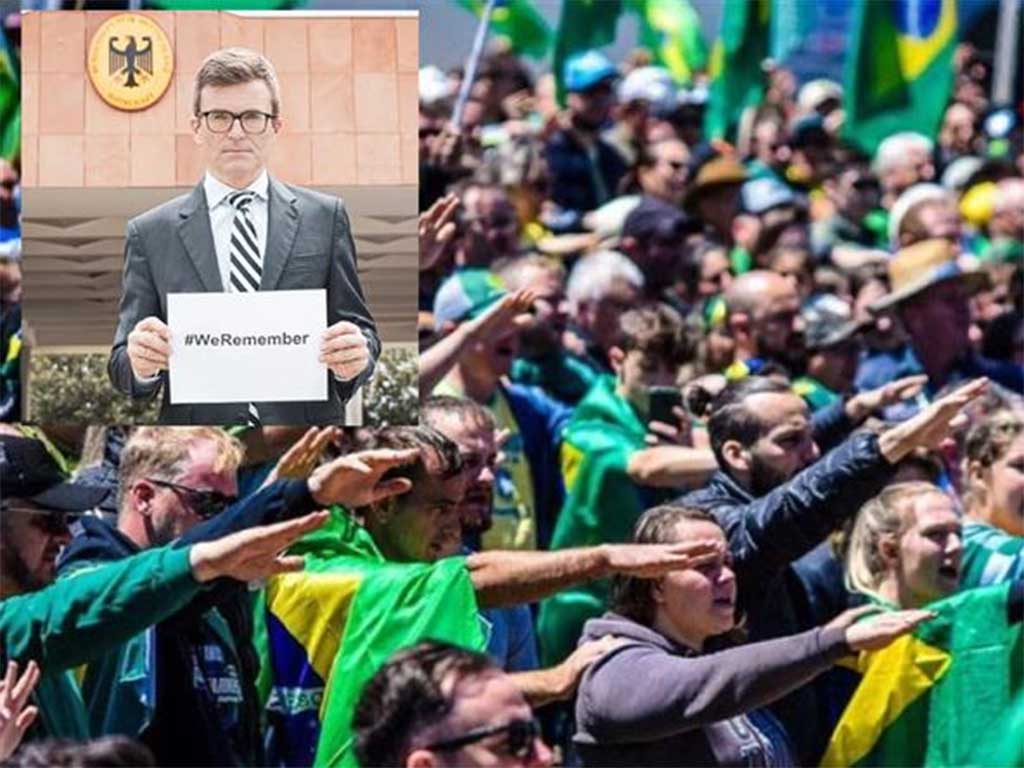 Germany condemns use of Nazi salute during protests in Brazil

Brasilia, Nov 4 (Prensa Latina) German Ambassador to Brazil Heiko Thoms on Thursday condemned the use of Nazi gestures in protests against the electoral victory of President-elect Luiz Inacio Lula Silva in the southern state of Santa Catarina.

Videos posted on social media show supporters of the far-right leader Jair Bolsonaro with their arms extended to the front, while they sing the national anthem. Such a gesture was compared to the salute of Nazi Germany (Sieg Heil, a kind of bow).

Thoms wrote on social media, “The use of Nazi and fascist symbols by clearly far-right protesters is deeply shocking. Advocating Nazism is a crime!”

He pointed out that “it is not about freedom of expression, but about an attack on democracy and the rule of law in Brazil.”

In his publication, the diplomat warned that the “gesture does not respect the memory of the victims of Nazism and the horrors caused by it.”

For the time being, the Public Ministry of Santa Catarina has opened an investigation and claims that there was no intention of justifying Nazism during the event in front of the 14th Mechanized Cavalry Regiment, an Army base in the city of San Miguel do Oeste.

The prosecutor’s office in that territory affirmed that it identified demonstrators, analyzed images and listened to witnesses.

The president of the Superior Electoral Court (TSE), Alexandre de Moraes, condemned the coup actions by Bolsonaro’s supporters against Lula.

“The elections are over, the second round ended democratically last Sunday,” said the TSE head.

He stressed that the TSE recognized that Lula will take office on January 1, 2023. “That is democracy, that is alternation of power, that is the Republican State,” he remarked.